Thousands of school kids on Okinawa graduated on Mar. 1st.

The same cycle continues at companies and public offices, as the fiscal year in the government and most private businesses also runs from April to March.

The reason for Okinawa’s high school graduation on March 1st is because most high school students would leave Okinawa to schools in mainland to pursue further studies in universities and trade schools, work, career or any of the wider opportunities the mainland has to offer.

As the year usually starts in universities, colleges and work places on April 1st, the early graduation date gives people time to prepare for the move and get ready for school or work. 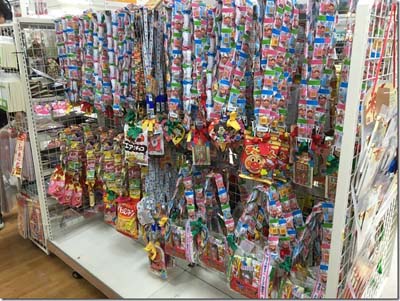 It’s also an Okinawan tradition to wrap chains of candy around the neck of graduating students.

The students’ high school graduation ceremony attire is their regular school uniform, and not a special academic dress unlike the majority of the schools in the U.S. and other countries. The ceremonies are usually somewhat sad, calm and quiet in tone, and some of the students cry knowing that they soon would part ways with their longtime friends and classmates and, due to Japan’s notoriously busy business life, there would be little chances that they would see each other again anytime soon. But, in Okinawa, students will also have graduation parties among themselves after the graduation ceremonies.

In Japan, junior high and high school students wear uniforms called “Gakuran” for boys and “Seeraa” for girls that identify their schools. Gakuran almost always features a black, buttoned jacket with buttons. It’s a custom for a girl to ask for the second button from the boy’s jacket, if they like the boy, because it’s thought that the second button is close to the heart, meaning they ask for his heart. For he girls, this is a way to say, “I like you and I love you.” As many girls may like the same boy, sometimes all the buttons from his jacket are gone after the graduation, and that means he is famous and popular at the school. In that case the girls think the second button is the best, followed by the first, third and fourth.