The Ryukyu Dragon pro-wrestlers to rumble on 3rd anniversary 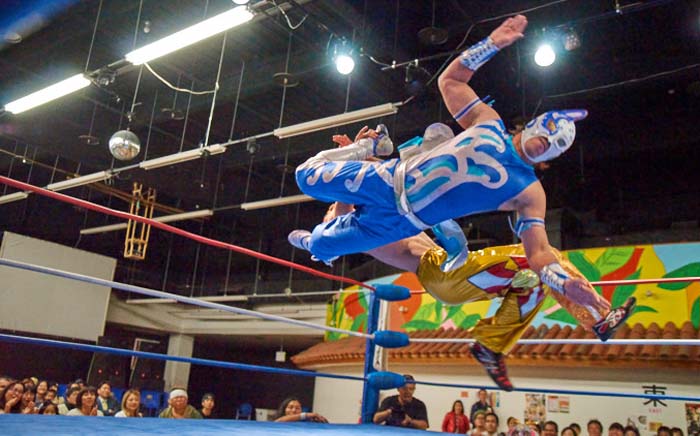 Speed and stunts galore are the trademarks of the Ryukyu Dragon pro-wresling shows.

Ryukyu Dragon Pro Wrestling, the only pro-wrestling team on Okinawa, is celebrating the group’s 3rd anniversary on Sunday, Apr. 24, by staging a special show on their home arena on the third floor of Navel Kadena shopping mall. 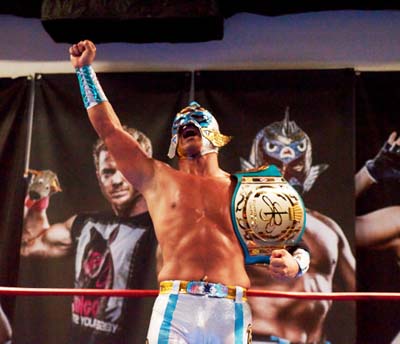 In addition to regular shows on their home arena, the team has performed in shows at a wide variety of events on the island with their slogan, “Dream, Courage, Excitement and Smile by Pro-wrestling.” They have also been very active in charity events and often brought their entertainment to orphanages and seniors’ homes.

The team is known for the Okinawa-themed names of the team wrestlers that include such characters as gurukun (local fish), tida (sun), and typhoon.

The highlight of the anniversary event is a match between Gurukun Mask and Churaumi Saver. In February, Gurukun Mask beat Billy Ken Kid, a popular pro-wrestler from Osaka, and won the champion belt. 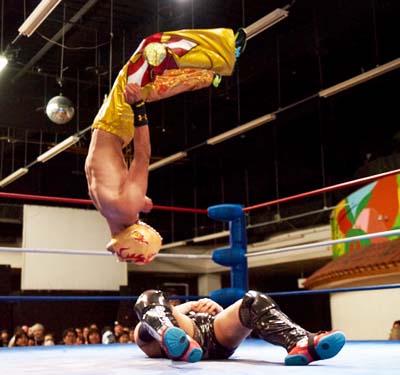 The anniversary event takes place on Sunday, Apr. 24th. The doors at Navel Kadena Arena open at 13:00, and the rumble starts at 14:00.

Tickets are sold at Ryukyu Dragon Pro-wrestling, tel. 098-956-5500 or email info@rd-pw.com. They are also available through FamilyMart convenience store e-plus.

Japan Update will raffle three pairs of tickets to the anniversary event. To take part, go to JU facebook page and send a message.