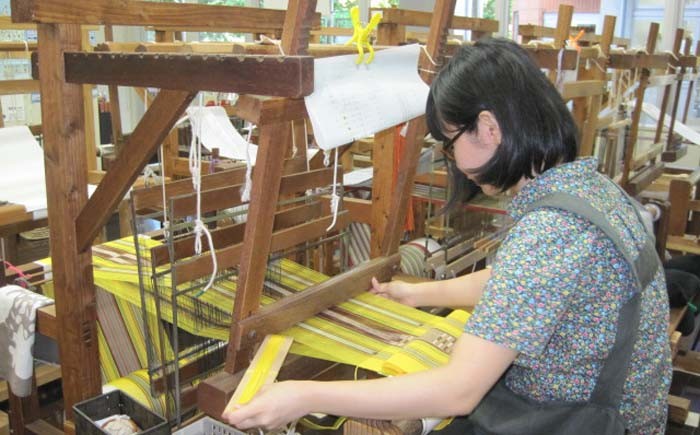 Weaving a piece of genuine Shuri textile is one of the unique experiences at Kogeikan.

Naha City Traditional Arts and Crafts Center, called ‘Naha Dento Kougeikan’ in Japanese, is a Naha City owned facility on Kokusai Street that introduces visitors to the history and culture of Okinawa and Naha City through a permanent exhibition of handicrafts and hands-on workshops. It also includes a shop that sells traditional Naha crafts and products. 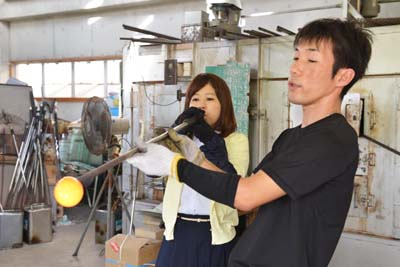 A visitor making a piece of Ryukyu glass.

The Ryukyu Kingdom was from the end of the 14th century onwards a flourishing trading nation that had many lucrative contacts and exchanges with foreign countries including China, Korea, Japan and countries in Southeast Asia, from where it imported goods and learned crafts that were further honed in the kingdom.

Among the best-known crafts are pottery, bingata dyeing, lacquer ware, glass making and textile weaving. The permanent exhibition at the center has on display several pieces created by Okinawan artisans awarded the status of the Living National Treasure. 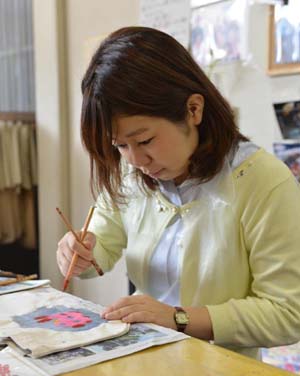 A young woman working on a bingata mask.

The adjacent shop sells a wide array of similar crafts that are made by modern day artisans who follow in the steps of their predecessors.

The center also features daily workshops where visitors can try their hand on making their own pieces of art, including bingata, Ryukyu lacquer ware, Shuri cloth weaving, Ryukyu glass making and pottery. Most workshops are open daily, two or three sessions a day. For more information on workshops and costs, check the Kougeikan English-language website 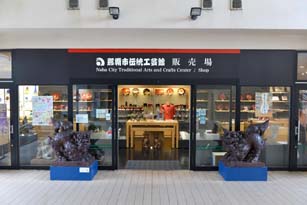 The facility is open 09:00 – 18:00 every day. Admission to the museum side of the center are ¥310 for adults, ¥200 for high school students and ¥100 for junior high and elementary school students. Younger children with their parents can enter for free.

Parking in the area is limited to pay-parking slots. Taking the Yuirail, the Makishi station is the nearest, about 200 meters away. Also, visitors should remember that Kokusai Street is closed for car traffic on Sundays from noon to 18:00.