Hide and Seek at Ashibinaa sends chills down your spine 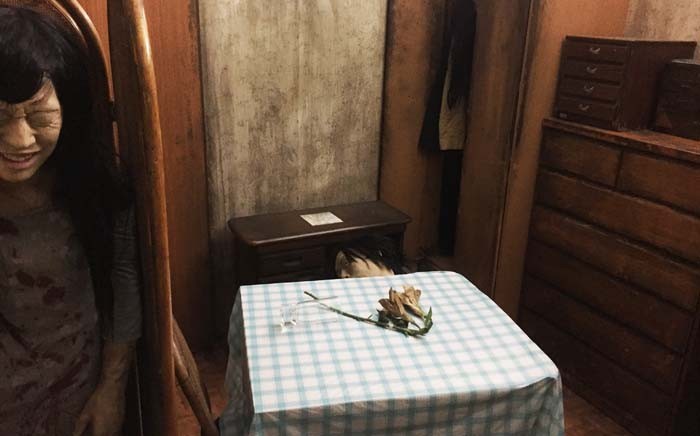 There’s no gore in Ashibinaa haunted house, but the feeling is definitely creepy.

Haunted houses are a part of the landscape during midsummer in Japan when, according to tradition, the chills caused by scary experiences help to ward off the oppressive summer heat. 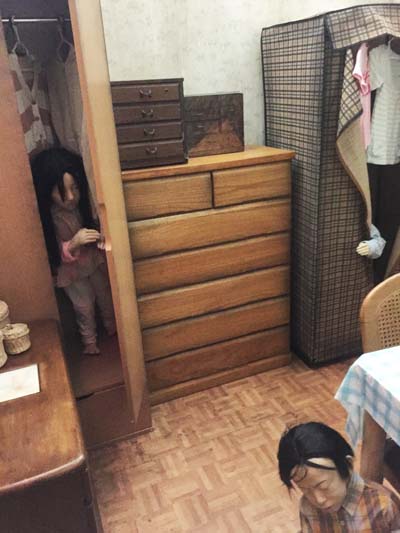 Tickets to the haunted house cost ¥1,000 at door. Children of elementary school age and younger can enter only when accompanied by an adult. Tickets can also be purchased through FamilyMart Famiport terminals. 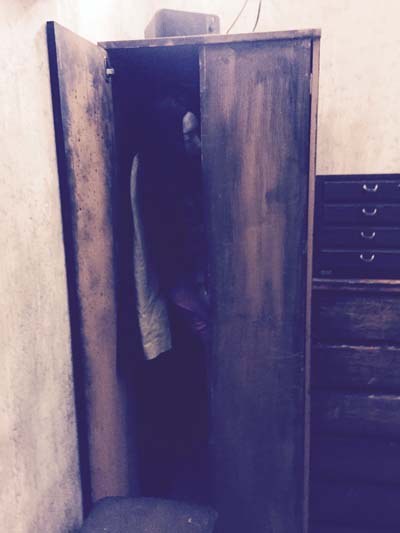 Who’s in the closet…

The Hide and Seek haunted house was a big success in Osaka in 2014 and toured Indonesia in 2015. The visitor has a mission to find a girl, Suzu-chan, who loves to play “Hide and Seek.”

One day, she was playing hide and seek with her friends, and although it was getting late, she did not want to stop playing, but kept insisting, “One more time… One more time!”

Finally, her friend named Sei-chan said, “OK, I will play with you as long as you want if you can hide until the wall clock sounds five times.”

So, Suzu-chan and the rest of the children went hiding in the house, and Sei-chan started seeking. On the second floor of the house, she saw Suzu’s key chain between an old suitcase in a closet. She was about to say, “I found you!” but there was no Suzu-chan, only her key chain.

Sei-chan continued seeking, and found everyone, except Suzu-chan. Then someone asked, “Why that suitcase is there?” Someone kicked it and it fell down the stairs.

Since that happened, strange things started happening in the house, and a child’s voice could be heard often at night calling, “I’m ready! I’m ready!”

Suzu-chan is still playing hide and seek by herself…