Reality of no carb diet plans is more than bizarre

We all have friends who are never happy with their weight. They lament about the ‘last few pounds’ they need to lose, and say things like ‘If I could only lose that last 10 pounds, I would never complain again.” And this is when you cringe and brace yourself because you know what’s coming next. 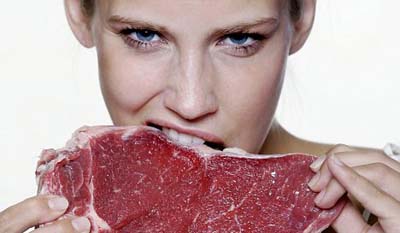 This steak has no carbs, but no one says anything about heart disease.

“That’s it. I’m going on a diet. I have been hearing amazing things about that new carb-free diet. I’ve done some research and it is totally legit…” This is when the realization sinks in that for the rest of the time your friend struggles through this new affirmation, your relationship will be strained. Hanging out or going for lunch is about to become a whole lot less fun while we are all liberated from the glutinous shackles that are carbohydrates. You can almost hear the medieval fortress gates drop around your stomach cavity as your friend anxiously awaits your exuberant words of support.

Your friend might wonder why your response is less than enthusiastic, and even peppered with a tone of cynicism. You have seen the cycle before and it rarely turns out OK. First of all, these exuberant affirmations, more often than not, predictably follow up a recent binge vacation to Hawaii where nightly, cream-lathered American-sized steak dinners and French fries were washed down with sugar-spiked pina coladas and ice-cold beer after ice-cold beer. Free from the realities of their everyday lives, they quickly spiraled into what could be described as a Dionysus-inspired vortex of binges that included fists full of nuts, chips, butter, noodles and meats washed down with alcoholic drinks such as whiskey on the rocks or the hottest poolside trend served in a coconut shell with a cute umbrella.

One can never stave off the pangs of guilt for long, and upon returning to their ‘real life’, they are hit with the consequences of their recent vacation binge. Time after time, my response to their new-found self-loathing is that it’s time to start hitting the gym or work out a daily exercise plan. Unfortunately, the bare mention of exercise, instead of adapting the elaborate plans of love-handle elimination through dieting, are almost always abruptly brushed off with excuses like, ‘You know I have no time to exercise‘ or ‘The gym never worked for me.’

Fed up with too many of these episodes, I conducted some of my own research on the history of ‘no carbohydrate diets’ and discovered that the founder of this diet revolution is Dr. Atkins. Over the years, the no/low carbohydrate diet has been marketed using a masquerade of names such as the Swedish Diet, the Caveman Diet and Doctor’s Quick Weight Loss Diet while the original diet is simply referred to as the Atkins’ Diet.

The number one problem with nutritionally controversial diets is that your participation comes with a multitude of possible health risks that, often, we are not informed of. For instance, the Atkins diet recommends that eating unlimited amounts of meat, butter, bacon and eggs is fine but dietitians say that this type of diet increases your risk of heart disease severely. The reality is that Dr. Atkins did practice the diet plan he preached but what has not been made so public was the fact that he also died of heart disease.

The no-carbohydrate diets run counter to all current evidence based on dietary recommendations. The people that practice this type of diet are not as concerned about the long-term effects on their health as they are with losing extra weight fast. The diet is perpetuated as the answer to your weight loss issues but the reality is that you are losing weight as you consume fewer calories that can be turned into usable energy. This means that your body begins to use your fat storage for energy. This get rich quick scheme has no long term benefits for participants as it is based on an evolutionary metabolic survival techniques and not on a sustainable methodology and balanced lifestyle.

One tactic that overweight alcoholics often attempt is to switch up their alcoholic drinks to follow the diet guidelines. A beer contains a large amount of calories, so it’s not conducive to their diet. So is drinking straight whiskey and diet cola an alcoholics’ Atkin’s Diet dream drink? Well, a 12-ounce light beer has 103 calories, a regular beer 153 calories, and one serving of whiskey has roughly 97 calories so essentially you are saving yourself about 6 calories if you compare it to a light beer. So regardless of what your buddies say, you are not sticking to your diet by drinking whiskey.

The most sustainable way to lose weight for the long term is to develop a balance of healthy food and exercising daily. For many, this is a hard concept to grasp, as our human nature is to ogle over the promise of a fresh shiny ‘fix all’ that requires little effort on our part. Do you have to join a gym or pay a dietician to figure out that instead of pizza and hamburgers, you should be eating fruits and vegetables? I hope not. If you get into the practice of purchasing food items with one or two ingredients, find interesting recipes to cook at home and wind down your evening with a brisk walk along the seawall, you already hold the key to achieving sustainable weight loss, more energy and a balanced healthy life.