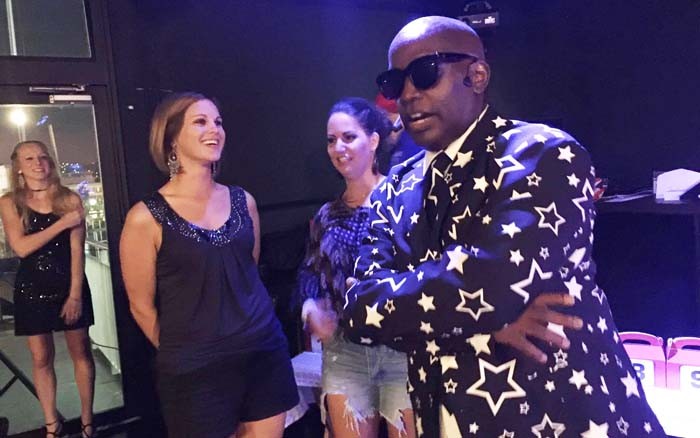 Robski is ready to kick off his Sep. 29 show at Koza Music Town.

Footloose Dance Studio is hosting Robski’s American Game Show at Otoichiba Theater in Koza Music Town on Sep. 29. The show starts at 18:30 with doors opening an hour before.

The show is modeled after well-known game shows in the American TVs, such as “Deal or No Deal”, ”Fear Factor” and “My Cost Is Right.” 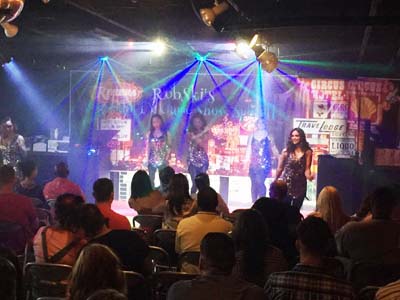 Lights, atmosphere, everything is made to match the original as closely as possible.

Robski started his American Game Show first in Okinawa in 2011, and for years it was only held at venues on the island. However, recently he has expanded the venues to Korea and Yokota Air Base in Japan.

Robski says he saw a need for people to experience something they are used to even when living overseas. “Besides watching TV or going back to the States and hoping to be selected to a show, going to our American Game Show is the closest one can get to be a part of the American Game Shows the majority of us have grown up with,” Robski explains.

Most of Robski’s shows are held at venues on bases, but the show on Sep. 29 will be held in a theater out in town.

“The reason for having the event off base is to foster the community relations between Americans and local Okinawan residents. Some of the games require teamwork, which requires communication among players. With the show being hosted in English and Japanese, everyone knows what is going on. It’s also a chance to win some wonderful prizes!” Robski says.

Tickets can be purchased by contacting Robski at 090-1945-4399 (in English) or David at 080-3369-4977 (in Japanese). Japan Update will raffle three free pairs of tickets to the show. Contact us by email at info@japanupdate.com or on facebook to participate.