Shoko Kanazawa’s calligraphy shows hope for persons with Down Syndrome

Shoko Kanazawa’s calligraphy “We Live Together”

Japanese calligraphy, called ‘shodo’ in Japanese is an artistic form of writing that has its roots in China some 2,800 B.C. and its Japanese variation became distinct after the invention of ‘hiragana’ and ‘katakana’ syllabaries.

Calligraphy also has strong connections to Zen Buddhism, as the calligrapher has but one chance to create any mark using his or her brush. The strokes cannot be corrected, and even a lack of confidence is said to show up in the work. Thus the brush writes a statement about the calligrapher at the specific moment of time when calligraphy is created. 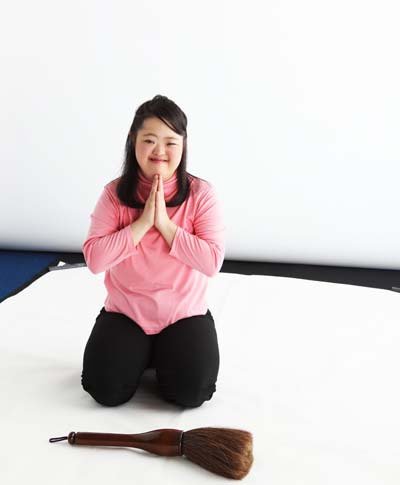 Shoko Kanazawa is one of Japan’s top calligraphy artists.

Shoko Kanazawa is a calligraphy artist born in Tokyo in 1985. She started learning the art from her mother at the age of five, and held her first personal exhibition at Ginza Shoro Gallery in 2005 at the age of 20, followed by exhibitions in several temples, and lately also overseas.

What is truly remarkable about Shoko Kanazawa is that she was born with Down syndrome, but that has not prevented her becoming one of the most acclaimed and admired young calligraphers today. She is also known as an advocate of disability rights. “It was hard but I never gave up, and now I can do anything,” she said in an interview with Japan Times newspaper last year.

Advance tickets are ¥700 for adults, ¥500 for high school and junior high school students, and ¥300 for elementary school students. At door the tickets cost ¥100 more. Tickets are available at Ryukyu Shimpo Head Office at Ameku, Naha City, and at their Chubu and North branch offices, FamilyMart (e-Plus), and Lawson (L-code 84240) convenience stores, and Co-op Apre and Ryubo department store ticket counters. 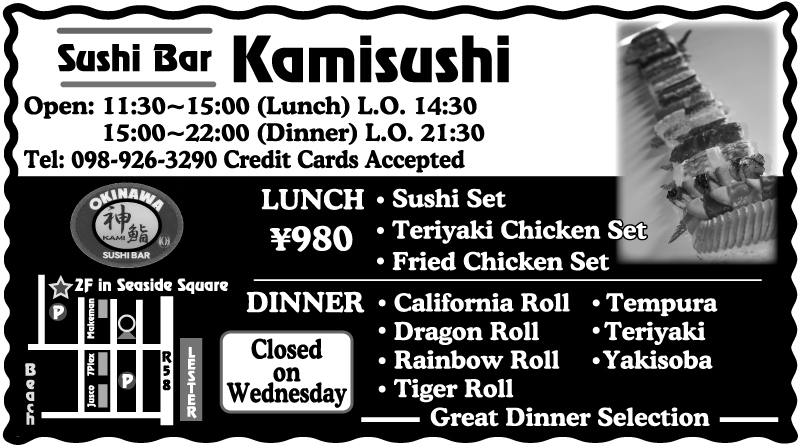