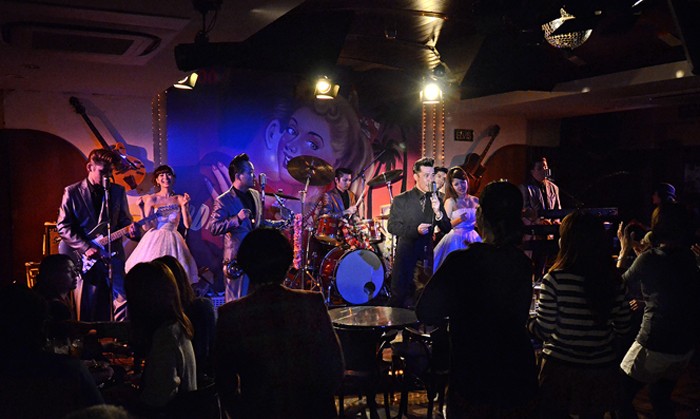 No one stays seated when the Gold Disc in-house band starts belting out the oldies.

Ahhh… the oldies but goodies… music that just lives on, and nowhere on Okinawa more than at Gold Disc, a Naha club where the gilded days of the 50’s come alive every night, as they have for the past 30 years.

Gold Disc is arguably the best-known oldies but goodies nostalgic live house on the island. The club celebrates its 30th anniversary this October. The club started with name Kento’s Okinawa. And although it changed its name a couple years ago, the style absolutely has not changed at all. 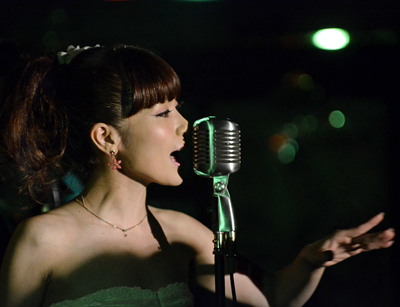 “Where the boys are..” asks Aya night after night, much the same way Connie Francis did back in her heyday.

The live band of the club plays American golden age music of the 50’s and 60’s every evening through midnight. Tunes made famous by the likes of Elvis Presley, Chuck Berry, Connie Francis, The Beatles and many, many more fill the atmosphere, and the club’s dance floor nigh after night.

And it’s not only older folks gathering there to look for their long gone youth. To the surprise of many first time visitors, most of the customers are young, Many young people on Okinawa love oldies music, maybe because Okinawa has had a very strong American cultural influence, or maybe its nostalgia for the bygone era that attracts them.

That’s also the reason why many tourists form mainland and overseas gather to Gold Disc every night.

It’s also a tribute to the owners and managers of the club that they have been able to run a successful live house on he same location in Naha, and especially at such a prime real estate in Matsuyama. 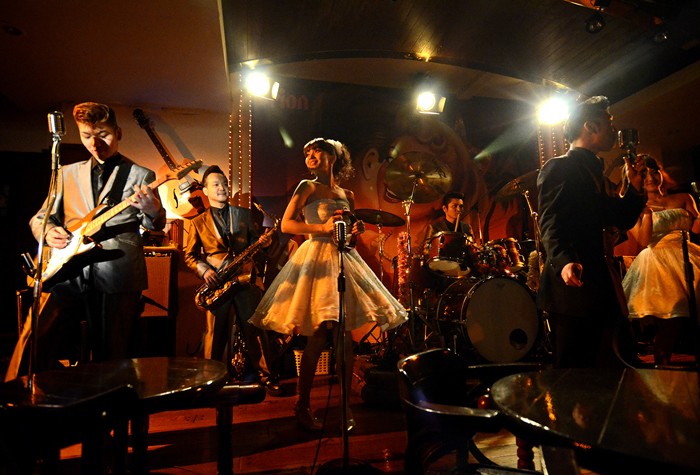 Everything in Gold Disc is back to the 50’s, which has kept the club rocking for 30 years.