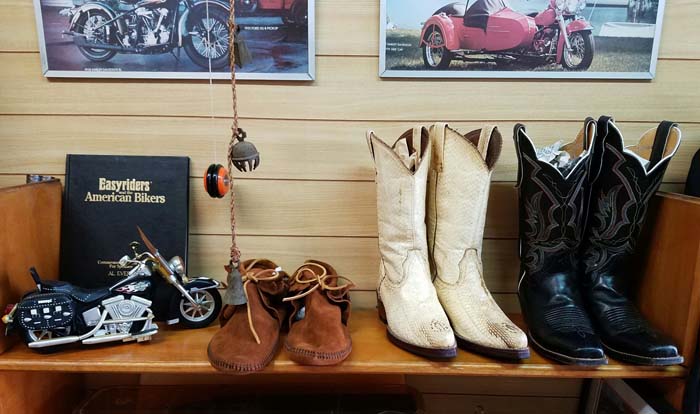 Anyone who has spent a little time on Gate 2 Street in Okinawa City knows Al Evers, and in a matter of fact, for years the man and the street were almost synonymous. 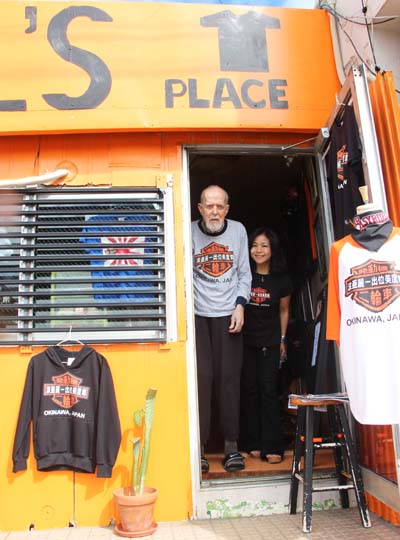 Al Evis and wife Yasuko re-opened their storied Al’s Place at Chibana at the end of November to the applaud of all motorbikers.

Starting with the First Chance bar in 1984 that he ran until selling it in 1999, he moved a little further down the Gate II Street and opened Al’s Place that he operated 11 years from 1999 to 2010). He also found time to open and run the Yum Yum Tree shop next to Malibu Resort near Renaissance Hotel from 2005 to 2008, and Ryukyu Custom Cycle Harley- Davidson shop from 2000 through 2005. Altogether, Al Evers, a Vietnam veteran, managed businesses on Gate II Street for over 20 years.

At the end of November this year, Al Evers came back to business, and re-opened Al’s Place in a new location in Chibana, Okinawa City. He runs the new shop with his wife Yasuko, who has been on his side since 1996 when the couple met and used to run the First Chance.

During the Poker-Run motorcycle event on Dec. 4, 2016, Al’s Place held an exhibition highlighting his reopened venture at one of the check points along the route, and a lot of bikers enjoyed the reunion with Al Evers.

The new Al’s Place sells T-shirts, long sleeve T-shirts, hoodies, patches, stickers and other unique and original goods specifically aimed at motorbikers. The shop is located halfway between KAB Gate 3 and Ikento intersection on Route 74 next to FamilyMart store. The shop is open on Mondays. Thursdays and Fridays from 11:00 to 18:00 and 10:00 to 18:00 on Saturdays and Sundays. It’s closed on Tuesdays and Wednesdays. 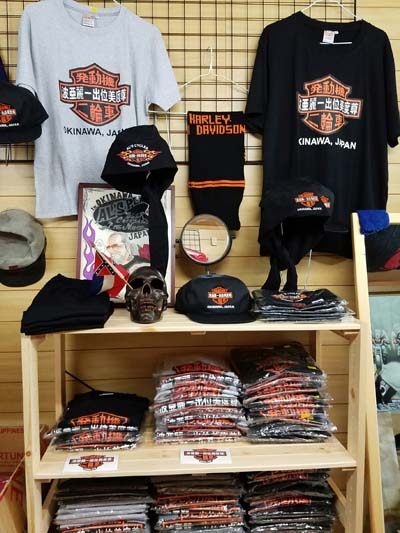 Caps, T-shirts and patches, all themed for motorcycling. 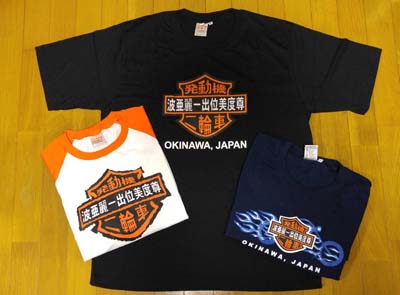 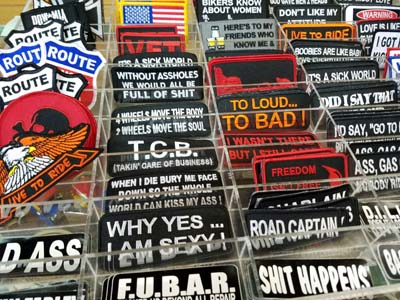