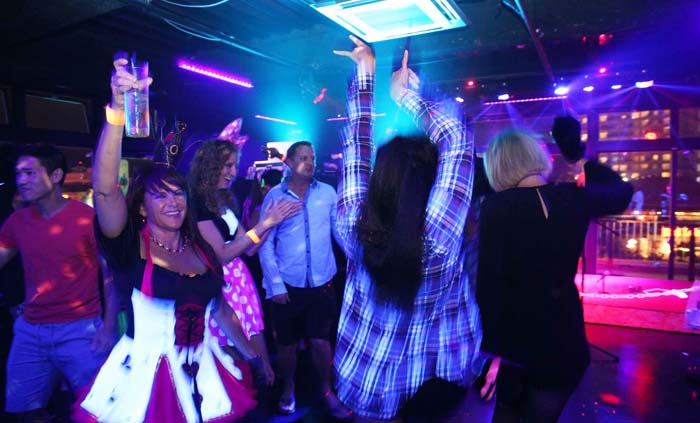 Practically every club and party hall is having a Countdown party that often continues until morning.

As the Year of Monkey turns into the Year of Rooster on Dec. 31, most of the people use the occasion to take part into some kind of countdown/New Year welcome ritual. Whether it’s the eating of midnight ‘toshikoshi’ soba at home with the family, reveling in a large party at one of the resorts or hotels on the island, or visiting a shrine or temple for a ‘hatsumode’ prayer, is a matter of preference, but practically everyone who’s able to, does something to celebrate. 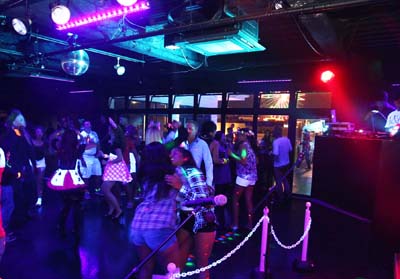 New Year revelers often change venues as the night proceeds not forgetting a visit to one of the shrines for Hatsumode.

All hotels, resorts and clubs throughout the island have a countdown event to welcome the New Year, and plenty of outdoor events are also on tap. Following is a random collection of a few events at various parts of the island.

American Village area in Mihama is illuminated with LED lights and the whole area will have several countdown events. One is the All White Party at Club ddRAIG on the 3rd floor of the F Plaza bldg. The party opens at 19:00 and the revelry runs through the night until 5:00. Tickets are ¥3,000 and include finger food and a free champagne toast. VDJ Ta-Shi is the special guest of the night who leads the party on the club floor.

Hotel Nikko Alivila in Yomitan welcomes 2017 with a 5-minute fireworks starting exactly at midnight. Admission to watch the fireworks at the resort is free, and as the resort is located next to the Murasaki Mura Theme Park that is hosting an ongoing Ryukyu Lantern Festival, combining the two would make a terrific experience.

Hotel Moon Beach in Onna has a free countdown program from 21:30 to 24:10 featuring a Polynesian Show, live Okinawan Shimauta (folk song) concert and fireworks at midnight.

The countdown event at Loisir Hotel in Naha is also free and starts at 22:00 with a live concert and ends with a midnight fireworks show.

Kanucha Resort in Abu, Nago City, a luxury resort across the bay from USMC Camp Schwab, decorates its entire area every year with a million LED lights for a seasonal event called “Stardust Fantasia.” As a part of the event, a special countdown laser show takes place Dec. 31st starting at 22:30 to highlight the changing of the year.

Opening the evening is a special live performance by songstress EPO at 23:00. A balloon release at midnight will carry everyone’s wishes for peace and prosperity for the next year in addition to fireworks. After the countdown, balloon release and fireworks at midnight, there’s an Otoshidama lottery with a pair of hotel tickets and a number of original goods as prizes. Tickets for the event cost ¥2,000 for hotel guests and ¥3,000 for visitors.

Churasun Beach in Tomigusuku, south of Naha, is open from 18:00 to midnight on Dec. 31st for a countdown party on the beach. The evening features live music by DIAMANTES, and fireworks that will ring in the New Year 2017 exactly at midnight. Ticket to the event cost ¥2,000 in advance and ¥2,500 at gate.

Uchina Farm features the Itoman Peaceful Illumination that is the oldest illumination show on the island. The lights will be on from 18:00 to 24:30 on the New Year Eve. Fireworks at midnight cap the event. Admission to the event is restricted to high school students and older persons and costs ¥500.