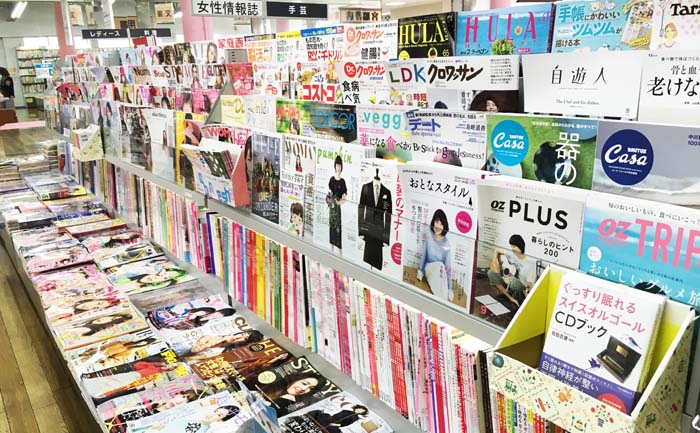 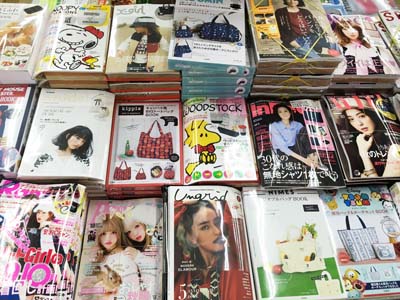 A short visit to any bookstore will reveal an astonishing array of magazines. Besides those tackling news, sports, gossip and men’s and women’s issues, there are magazines specializing every conceivable topic under the sun. There are magazines that concentrate on manga, anime and games. Of course, plenty of them that have focus on cars, motorcycles, cameras and photography, history, politics, geography, travel and everything else. Manga and magazines occupy about 80% of Japanese publication industry, and their sheer volume is a proof of practically 100 percent literate population of some 125 million people who almost all have money to spend.

Magazines here are engage in a fierce competition, and come up with gimmicks and add-ons that are almost unheard of anywhere else. A Magazine titled “mook” has been a forerunner with add-ons they call ‘appendix.” An appendix can be almost anything. It can be a character doll, bag or accessory, anything that makes the magazine to stand out among its countless competitors. 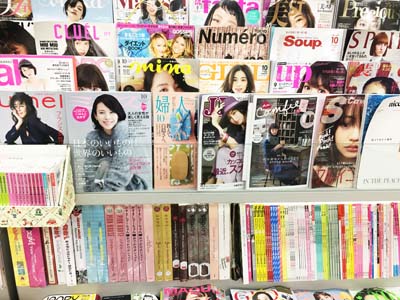 The selection of magazines in an average Japanese bookstore is astonishing.

Often the publishers source these add-ons in collaboration with a fashion brand or a producer of an up and coming manga character, a limited bag or accessory or something that can be added as an appendix to those magazines. In a matter of fact, the appendix are fast becoming more than just additions. Rather, the they are becoming inseparable with some people buying the magazine just to get the appendix and others the other way around.

Not only fashion magazines but also other publications are now using this kind of techniques that adds value. For example, some magazines for men add DVDs as an appendix. The Japanese anime titled “Detective Conan” published its entire magazine on a series of DVDs bundled together as a book. Magazines focusing on cars or railways no often add a small model car or train on each issue.

Of course, there are sightseeing guide and local magazines. Okinawa has many kinds of local magazines, perhaps more than other regions. Okinawan guide magazines are first of all for tourists, but there are many that are enjoyable for residents. They often have plenty of discount coupons that recently have taken the form of QR codes that people simply record on their phones for a discount when they visit the business that placed the ad.

Although many people claim that magazines and paper publications are fast becoming obsolete in the face of Internet-based applications, the Japanese publishing industry does not seem to be ready to give up. They are adding more pictures and putting in less text, and try to give the reader something more. It’s fast becoming to the point that one does not have to be able to read at all or understand the language. Just looking for the pictures would help you to get the message, not to mention the appendix.