Strawberry Picking on this subtropical island? Yes, it is.

Strawberries are synonymous with the spring season. It’s easy to pop into the supermarket and grab pack of fresh strawberries. But having a hands-on experience picking your own strawberries fresh off the vine is much more special. What makes strawberry picking such a fun, special experience is that it can only be had once a year during the harvest season. 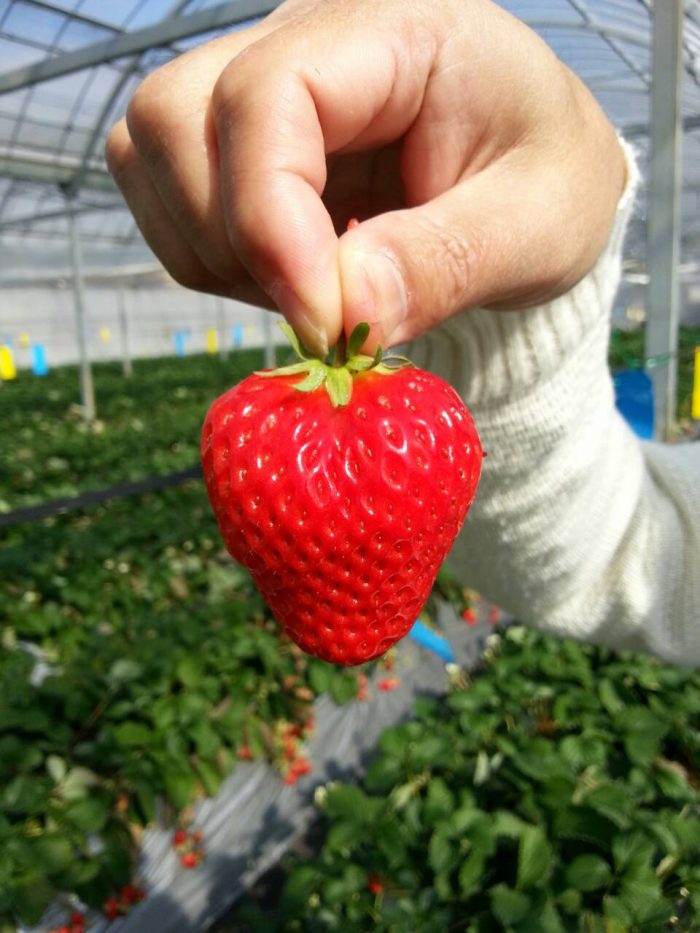 Because of the subtropical climate, strawberries grown in Okinawa have a long harvest season from December to May, almost half of the year! This is what makes picking strawberries in Okinawa such a unique experience. The fresh, juicy taste of off-the-vine strawberries can be enjoyed throughout the entire spring season.

It’s often said that the birthplace of strawberry picking is in Shizuoka Prefecture. The history of strawberry picking goes back almost half a century. In Shizuoka City is Kunozan-Toshogu Shrine where Iesayu Tokugawa—the shogun who first unified Japan—is enshrined. From the beginning the “Ishigaki strawberry” has been cultivated on slant surfaces at the base of the mountain. In fact, a large area along the Kuno coast is known as the “Strawberry Coast” because of large number of successful strawberry farms. Strawberry cultivation dates back to 1966 when local farmers opened their farms to visitors to Kunozan-Toshogu Shrine. The extraordinary sweetness of the strawberries became an immediate tourist attraction which continues to this day.

Here we would will introduce several strawberry farms on Okinawa that offer hand-picking to visitors. 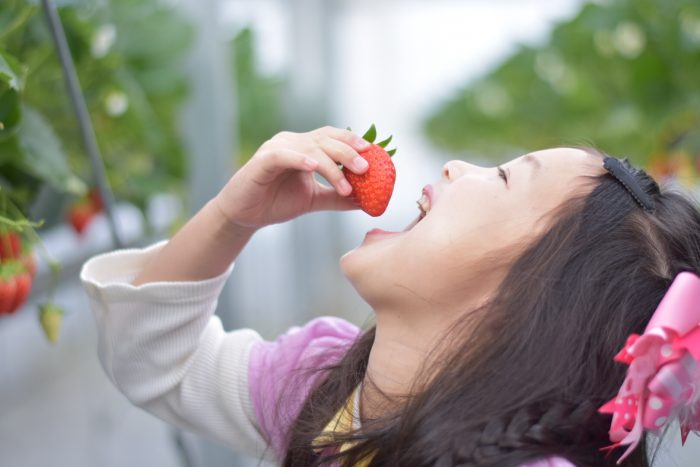 Strawberry picking on Okinawa will be special experience for you!

In Okinawa, SunFoods Minatogawa Farm in Higashi Village began offering strawberry picking in 2000. The collective of farmers at SunFoods are not only concerned with pesticide-free, organic farming, but also using crisp, crystal clear water drawn from natural springs surrounding Higashi Village. In addition to strawberries, and depending on the season, visitors to SunFoods can pick fresh tomatoes, goya (bitter melon), and ground cherries.

Ginoza Strawberry Farms are quite particular about the taste of their strawberries, so whether or not the farm is open for picking depends on availability. It’s best to check their Facebook page before visiting.

Tomoya Farm is located near Camp Foster in Nakagusuku. As a result, there are number foreigners who visit the farm regularly, so it’s best to make a reservation in advance.

Chura Ichigo Farm in Itoman south of Naha just recently opened on February 15th. The farm is owned by farmers who relocated from mainland Japan. The farm currently grows five different varieties of strawberry.
If you have been Okinawa for a long time and have experience picking strawberries and wish to try you hand at other local fruit farms, give umibudo picking a try! Umibudo (umi-sea; budo-grape) is actually a type of seaweed that resembles a bunch of grape and only grown in the subtropics in shallow, sandy seas. Its mild taste and inviting appearance has earned umibudo the nickname “green caviar.” The people of Okinawa have eaten umibudo since time immemorial and its integral part of the Okinawan diet.

Umibudo picking is such a unique experience that can be had in only a few places in the world. So why not try umibudo picking while you’re in Okinawa? The Chinen Sea Leisure Center offers umibudo picking for ¥1,000/30 minutes along with a complimentary souvenir.

From strawberries to umibudo, there a number of year-round opportunities for picking your own fruit in Okinawa. We guarantee you will be much more satisfied picking your own instead of buying them at the supermarket!