Even if you’ve only been on Okinawa for short time, you’ve undoubtedly heard about the infamous habu. The habu is a deadly, venomous snake common throughout the Okinawa island chain and can be found anywhere on island, from the subtropical forest and sugar cane fields, to family tombs and even in homes. This, of course, puts fear into local residents making the habu somewhat of a hated figure throughout the islands.

Nevertheless, the habu maintains a rather strong, powerful and even iconic image within Okinawan culture. Habu sake (awamori with a habu in the bottle) is extremely popular in Okinawa, especially among foreigners and the military community. For decades, habu sake was the most common product seen in souvenir shops across the island. Recently, however, a new generation of young Okinawan entrepreneurs seeks to change this by employing new ideas and techniques for enhancing the habu brand. One leader of this charge is a local craftsman, Masataka Kouchi. 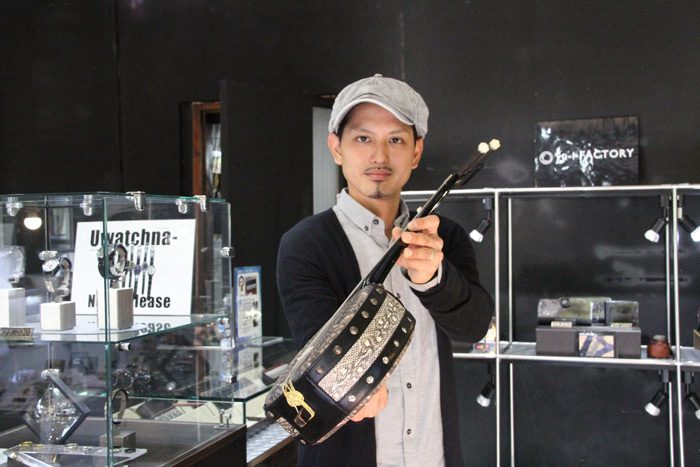 Masataka Kouchi is determined to make his habu products must have Okinawa gift.

Kouchi has enjoyed making crafts out of leather since he was a teenager. So much so that after high school he entered a trade school in Tokyo to learn basic leather craftsmanship. He soon began to ponder other materials that could serve as a unique alternative to leather. There are number of distinct materials in the world, but only one that is exclusive to Okinawa…habu skin. Kouchi soon learned that habu is not quite the best alternative as the skin is thin, challenging to work with and it’s difficult to maintain a steady supply. Regardless of the challenges, Kouchi remained determined to follow his dream of opening a craft shop devoted to selling high quality products made of habu leather. 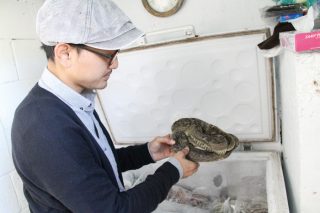 All habu come from those exterminated in the interest of public safety.

Shortly after graduating from trade school, Kouchi landed a job as a retail clerk at Okinawa DFS. In his spare time, he continued to follow his passion and worked hard on his craft. Finally, after two years working as a sales clerk and honing his leather making skills, Kouchi opened his habu leather shop at the age of 26. In 2014, the young craftsman had a booth at the Okinawa Prefectural Commerce and Industry Association Fair where he displayed a number of his original works, earning him the Prefectural Governor’s Prize. Now his products are not only extremely popular in Okinawa, but also gaining recognition throughout mainland Japan as well. 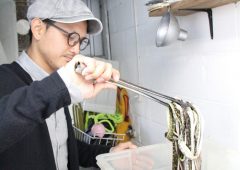 Kouchi developed his own method for transforming habu skin into leather.

Kouchi believes the habu is an exceptional creature and an icon within Okinawan culture. But, for the longest time, the habu has been despised as a nuisance to be killed and disposed of without a second thought. Yet, for Kouchi, there is no reason the habu can’t be seen as a local treasure and used as a resource the same as any other animal. It is important to note that Kouchi doesn’t believe in killing habu solely as means of creating crafts, selling souvenirs and turning a profit. Because the habu is a rare and unique to Okinawa only, he only collects those that have been killed in an effort to keep people safe. 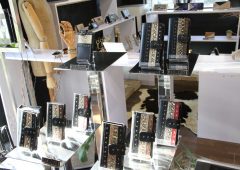 yu-i FACTORY’s products are truly one of a kind.

As no two habu are exactly alike, each craft produced by Kouchi has a unique pattern and design. It is his hope that those that buy his work, either for themselves or for a loved one, will cherish it forever.

yu-i FACTORY produces habu leather wallets, key chains, bags, watches, coin cases and more. You can find their products online at http://shop.yu-ifactory.com, or on Facebook http://www.facebook.com/yuifactory. The store and factory are located near Shuri Castle Park at 583 Arakawa Haebaru Town. 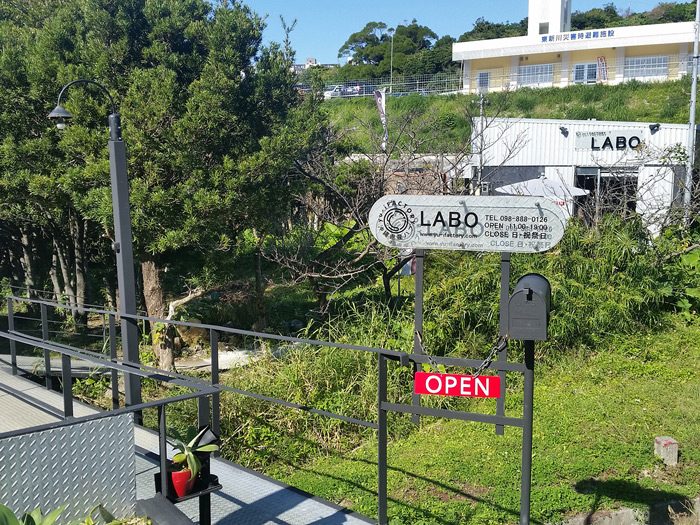 yu-i FACTORY is surrounded by a sea of green.