Have you heard of pork tamago? Perhaps you have and you’ve already tried it. If you haven’t, here is a brief introduction!

Pork typically conjures up images of chops, tenderloin and crispy, mouth-watering bacon. In Okinawa, however, pork usually means one thing…Spam! When Spam is combined with tamago—or, egg—you have a popular dish served virtually everywhere in Okinawa.

Spam may not be that popular throughout the world. It’s certainly not common in Japan. But in Okinawa Spam is an island staple. A quick look at history will explain why. Following World War II, the United States occupied Okinawa as a military colony until 1972 when the island was returned to Japan. Understandably, Okinawa absorbed a lot of American culture during these years. Also, because of China’s strong influence on Okinawan culture during the age of the Ryukyu Kingdom, pork became a veritable part of the Okinawan diet. These factors combined with the pitiable state of the economy following World War II made Spam—which was cheap and abundant—a perfect match for humble Okinawan sensibilities. 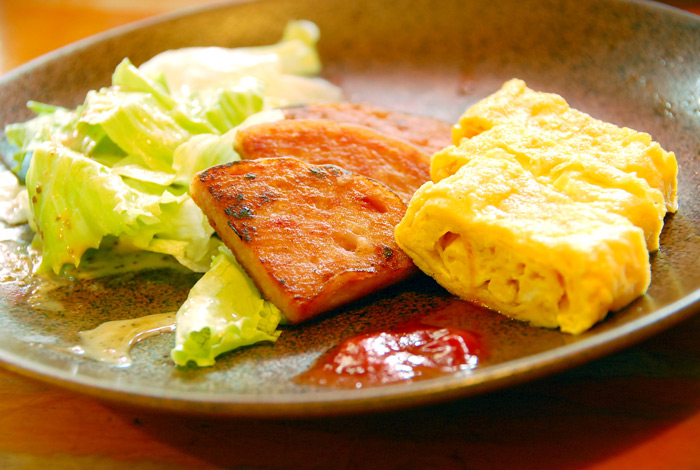 On of the most common culinary creations using Spam is pork tamago, which can be found in homes and restaurants island wide. Another homegrown Okinawan Spam specialty is pork tamago onigiri (rice ball), which can also be found in Hawaii due to the large number of Hawaiians of Okinawan ancestry. Much like its pork tamago cousin, the onigiri variety can be found everywhere in Okinawa. Supermarkets and convenience stores keep it well stocked and there is even a shop in Naha city that sells nothing but pork onigiri. 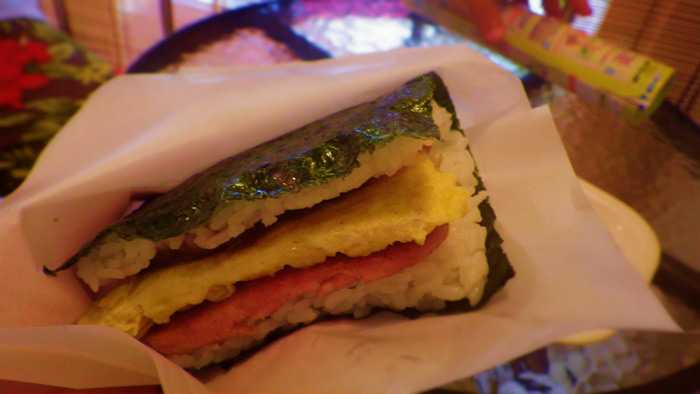 Spam and egg onigiri is a popular snack to eat on the go.

Pork tamago is considered soul food in Okinawa and is definitely something that should be experienced while visiting the island.