Marking the start of summer, thousands of brilliantly colored hydrangea flowers bloom every year on a 9,900-square-meter farm in Izumi, Motobu, which once produced tangerines. The flowers are in bloom through the end of June inviting visitors to the Ajisai-en farm that is the life’s work of 100-year-old Uto Yohena. 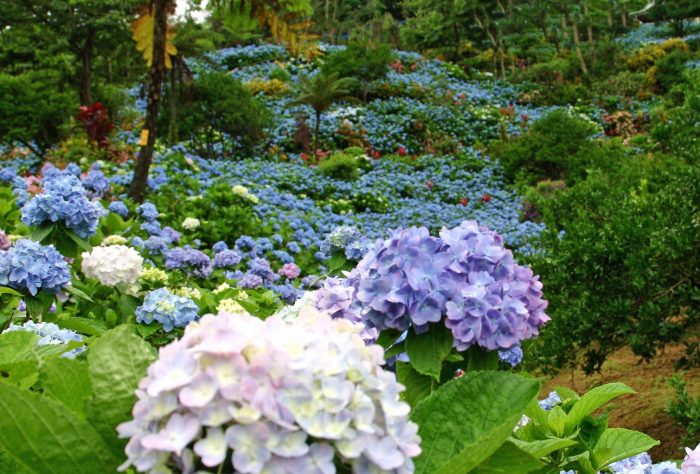 Uto is a very famous active old lady in Okinawa who has worked on her purple flowers at Ajisai-en for almost four decades. Unfortunately, she suffered a bout of enterogastritis in early 2017 that lasted about two weeks and left her feet weakened. It’s now very hard for her to walk outside even though she recovered fully otherwise.

Yohena is still in fine health and lives in her house by herself. She says “If I didn’t have this foot pain, I could do everything in my hydrangea garden by myself.” She’s hoping to recover and be able to walk around out in her garden soon, although it probably might be hard for her to greet all visitors to the garden in person like before. “In any case, we welcome all visitors and she wants to give her best wishes to everyone,” Uto’s son says.

There are now more than 10,000 hydrangea in the park representing more than 100 species or varieties of the flower. Her garden is a member of the nationwide Hydrangea Flower Association, and won the sixth best prize in the West District Japan Hydrangea Garden Contest a few years ago. 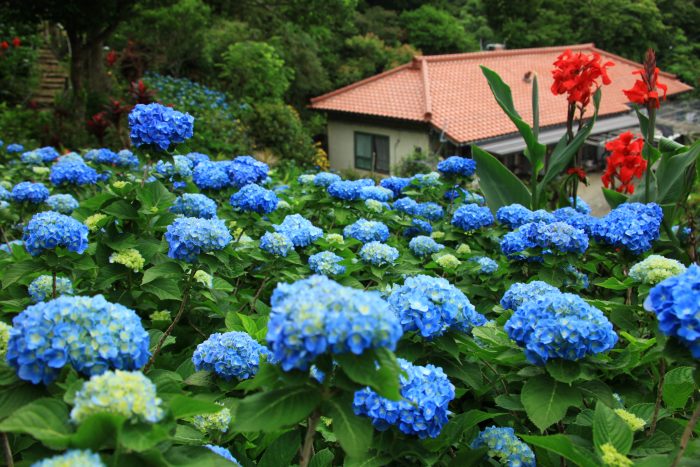 People driving by on their way to Expo Park in Motobu are invited to drop by and visit. The garden is open most days, and the admission is a modest ¥400 for adults and ¥200 for children ages 6~18.
Free parking is available just outside the garden. To reach Ajisai-en, drive north past central Nago on Highway 58, turn left toward Motobu and Ocean Expo Park on Route 84, and continue until you see an Eneos gasoline station on the right and a police box on the left. Turn immediately left, and Ajisai-en is on the right about 200 meters up the road.