Less than a two hour drive from the crowds and traffic of Okinawa City, you can find yourself surrounded by the craggy beauty of Hedo misaki or Hedo Point. Here, you can stand on the northernmost point of Okinawa Island and lose yourself in the breeze and the relentless rhythm of the waves crashing against the limestone cliffs where the East China Sea rejoins the Pacific. The 360° view from the Point is breathtaking; cliffs and white-capped waves on the Pacific side, calmer seas and tide pools on the side facing the sea, and the lush green of Hedo Saion Pine Tree Conservation Park and Daisekirinzan Park behind you. 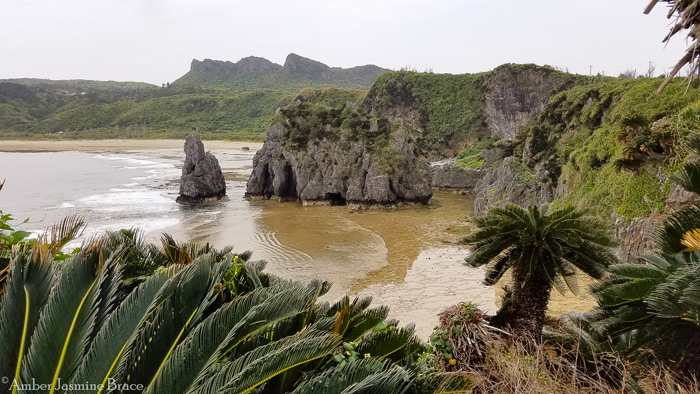 Hedo Misaki, stand at the northernmost point of Okinawa Island and lose yourself in the breeze.

This place of rugged splendor is much more than a spectacular vantage point; it is part of the mythology of the founding of Okinawa and the Ryuku Kingdom. According to some accounts of the founding myths, the first of seven sacred groves that housed ancient spirits and marked the establishment of the Ryuku Kingdom was created near Hedo misaki. Despite the repeated efforts of various rulers throughout the centuries to replace the indigenous religion of the Ryuku people, it has nevertheless persisted and the remains of the sacred grove, Asumui Utaki, which stands behind Hedo misaki, remains one of the holiest sites on the island today.

Immersed in the ancient history and grandeur of the area, one can forget the more recent history of the American military presence on Okinawa and the devastation of the island during World War II. Yet, standing on the Point, you can find a memorial commemorating the reversion of the island back to Japanese control in 1972 and gazing north over the cliffs on a clear day, you can spot Yoron Island, which marked the former separation between U.S.-controlled Okinawa and the rest of Japan; omnipresent reminders of the tumultuous history of the area. 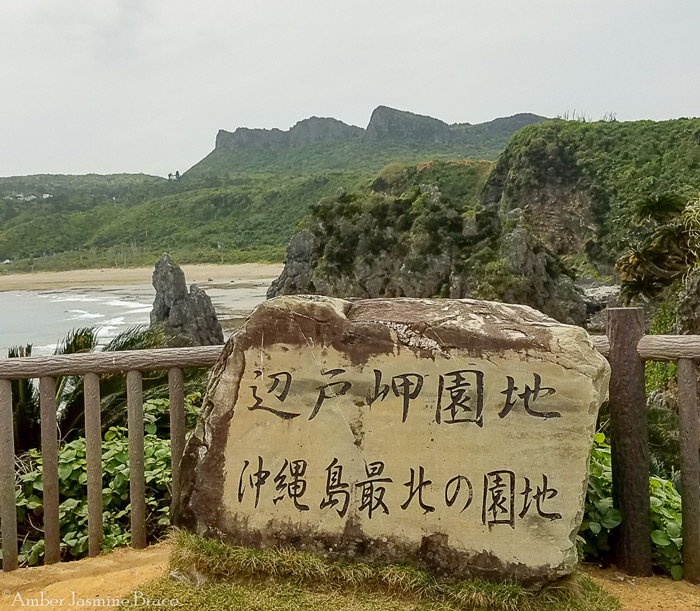 It’s not just the memorial and Asumui Utaki that make the Hedo area a cultural hotspot. There are several other cultural properties in the area of Kunigami Village where Hedo misaki is located, including the Usahama Shell Mound and the Hedo Artifacts Site which houses the mausoleum of Gihon-Ou or King Gihon. You can also visit the Okinawa or Yanbaru Rail Observation Platform, which can be seen from the Cape shaped in the likeness of this flightless, endangered bird species, or Daisekirinzan Park to take an easy trek through the karst formations and Gajumaru trees.

If you’re looking to get away from the hustle and bustle of the Golden Week festivals, or just need some time away from the city, you can reach the Kunigami Village area and Hedo misaki by driving north on National Road 58. Make sure you bring a camera because even the drive is beautiful. At Hedo misaki, there are limited facilities (a toilet, snack stand that is not always open, and a drinks machine) and there are no guard rails, so be sure to keep your children close. Also be extra aware of your speed in the area as it is the only known habitat of the Okinawa rail, which is endangered and due to its severely limited flight ability may take some time getting out of the road. If you go up to Asumui Utaki, be mindful of the sacredness of the area, be respectful, and keep voices low. 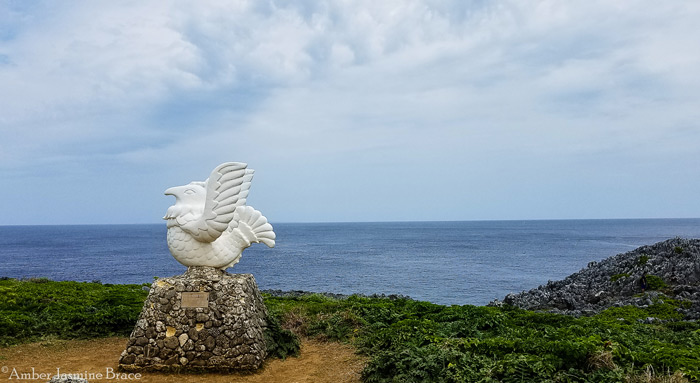