Makiminato by-pass connected, to open for traffic this year

The last span of a bridge on Makiminato by-pass, a.k.a. Urasoe Kita Road, connecting Makiminato in Urasoe and Uchidomari in Ginowan was installed on Monday. The road that runs along the seashore outside of Camp Kinser, will be finished and open to traffic by the end of the year.

The Okinawa west coast road running from Naha Airport to the Convention Center in Ginowan City, is scheduled to open this year, and expected to alleviate the chronic traffic congestion on Highway 58. According to South National Highway Office calculations, the new by-pass will cut nine minutes from travel time between Naha Airport and Okinawa Convention Center.

The last span of the bridge is 45 meters long, 15 meters wide, and weighs 390 tons. The steel stricture was constructed in Osaka, and transferred to Urasoe on a ship. Two huge cranes then slowly lifted the piece in place. 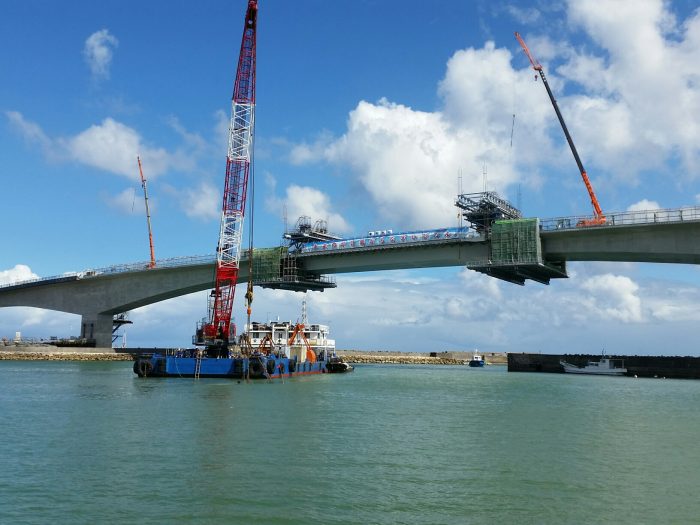