“Mazemen” Mahoroba finally opened at Koza. For aim to jump into the world challenge!

Some people don’t like noodles with soup because they find it hard to handle noodles by chopsticks and perhaps also dislike slurping that is associated with eating noodles. But now there’s a new type of noodle dish called “mazemen” that almost everyone is guaranteed to love. 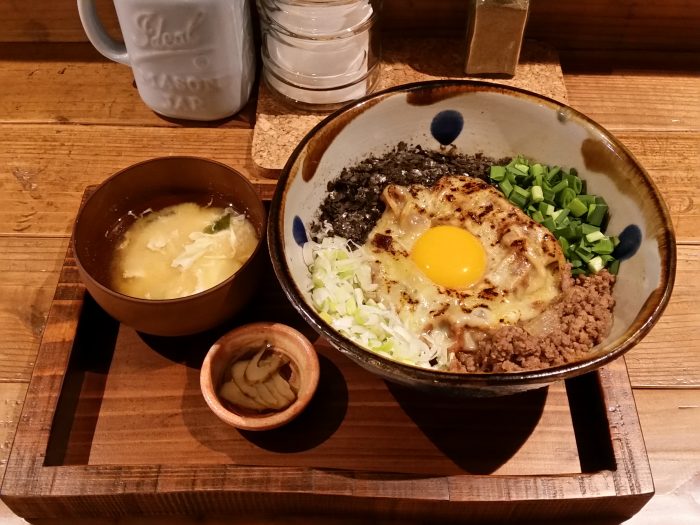 Mazemen are quite similar to ramen but served without any soup. A new shop Mazemen Mahoroba on the B.C. Street in Okinawa City serves four kinds of mazemen. The prices start from ¥700 for a bowl of regular mazemen. The same with charred cheese is ¥780, Spicy Taiwanese Mazemen cost ¥780 and Spicy Taiwanese Cheese DX ¥930. Customer can choose the level of spiciness for the latter two.

Mazemen are almost like pasta with very rich taste. When the dish is served, the customer stirs and mixes all ingredients in the bowl. Each dish includes a fresh raw egg on top, but those who like the egg half-boiled or sunny-side up, just ask the staff. 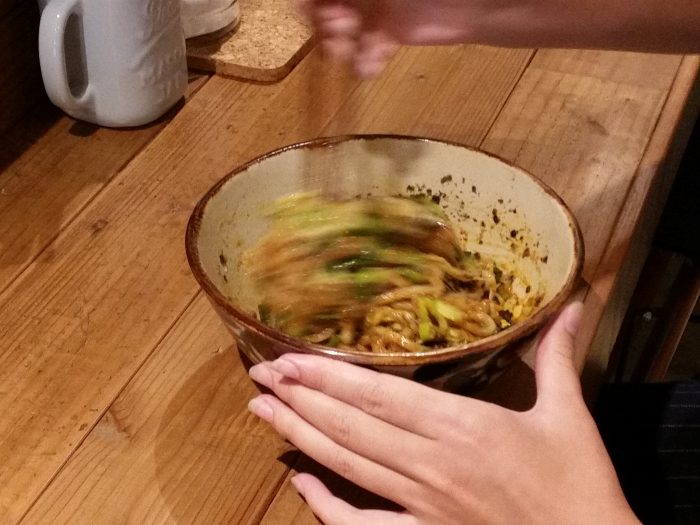 When the dish is served, the customer stirs and mixes all ingredients in the bowl.

Toppings range from vegetables to fried garlic, and adding seasoning gives the taste a good kick.
If after finishing all noodles, there are some ingredients left, one can add rice on it for free, mix and finish the meal. Any noodle lover should try mazemen, which is not very common even in Japan. 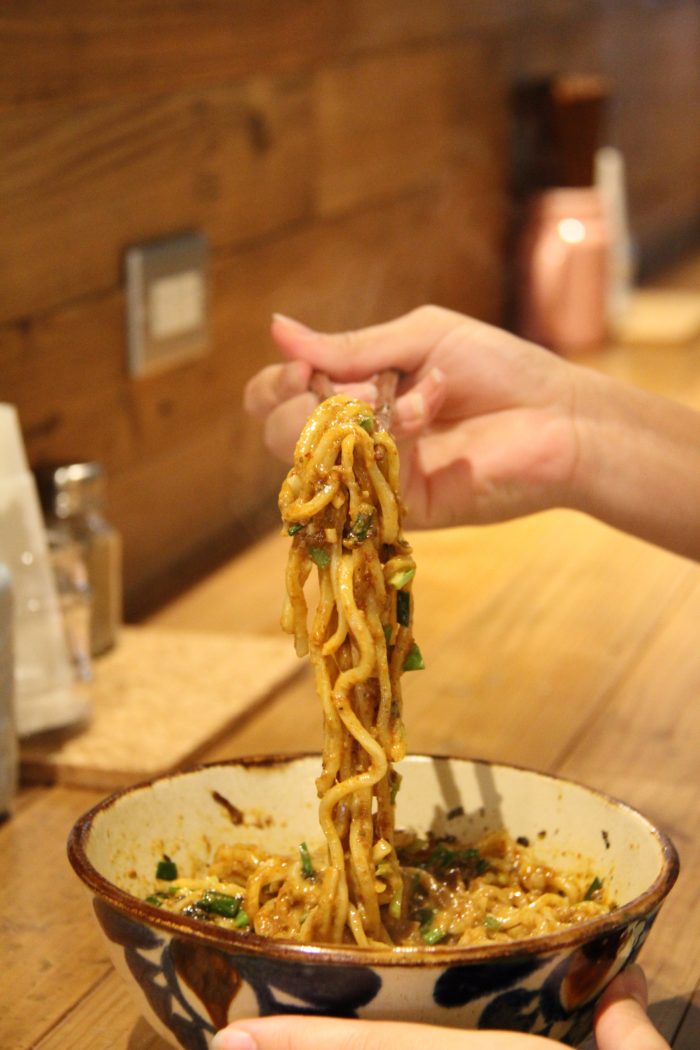 Yoshi Ohtani, the owner of Mazemen Mahoroba, who has owned his first Mazemen restaurant in Naha for five years, says the reason he opened his second restaurant in Okinawa City is that, “I actually have had a dream since I was a kid to have a business in the U.S. When I was a teen, I was hugely impressed by American music videos, especially by Aerosmith. I marveled how cool they were, and what a great and cool country the U.S. is!”

Since then, he has travelled worldwide, and worked as a professional musician, among others as a supporting member in the band of Shokichi Kina, who is very famous in Okinawa. Eventually, he got a chance to start his mazemen restaurant in Naha.
After running his successful Mahoroba restaurant in Naha, he thought it was the time to open a second restaurant in Okinawa City, in an area unofficially known as Koza. “I think Koza is a truly international area, and I can get plenty of diverse opinions and ideas from people of various nationalities residing in the area,” Ohtani says. He also figured that he could make a lot of American friends among his customers, who would help him figure out how to meet the challenge of eventually running a business in America.

So, he invites all his customers to give him their opinions, small or large. He says, “Let’s create a super menu together, as the English name for mazemen has actually yet to be fixed, although “stirred noodles” has been suggested. I want customers to give us advice or suggestions for a good English language name for the dish.” And any other opinions regarding the dish are also appreciated.

The restaurant is open 11:30 – 22:00 daily, except closed on Tuesdays. It’s also very family friendly, and even has private rooms for customers with infants. Baby chairs are available, too. Spoons and forks are ready for customers who prefer them for chopsticks, and paper aprons are available for folks who fear making a mess. 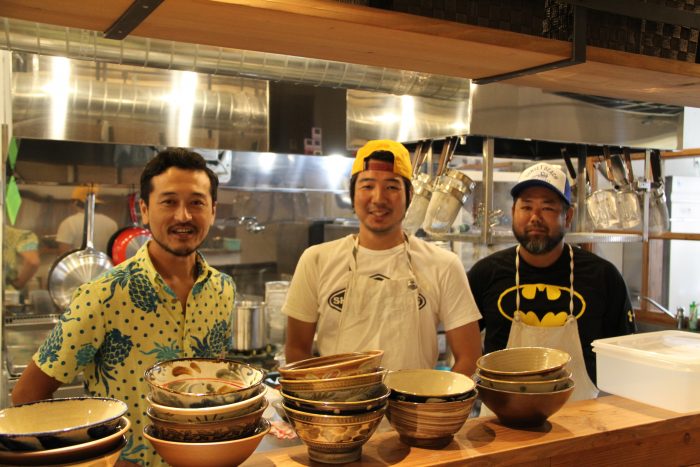 Yen and dollars are accepted, but change will be in Yen only. The restaurant is located at 1-36-11 Chuo, Okinawa City, at the midpoint of the Park Avenue. Street. Their telephone number is 098-987-8980. They can be found on Facebook at “Noodle Mahoroba Park Avenue Koza”.