“Eisa” is most popular and most traditional icon of Okinawa

If the sounds of sanshin are the music of Okinawa’s soul, Eisa is the soul itself. Although based on religious bon-dances that were performed to entertain the spirits of the departed, Eisa has evolved into popular folk entertainment that is performed in almost every festival and celebration throughout the year. Most of the resort hotels on Okinawa employ semi-professional Eisa groups to entertain their guests year round.

Although at the core of Eisa are Buddhist songs and chants called “nembutsu,” introduced to Okinawa by Buddhist monks sometime in late 16th or early 17th century, it has in modern times developed into a form of entertainment that groups of young men and women perform at almost any festive occasion. It has also become a major form of entertainment in the ever-increasing tourism industry. 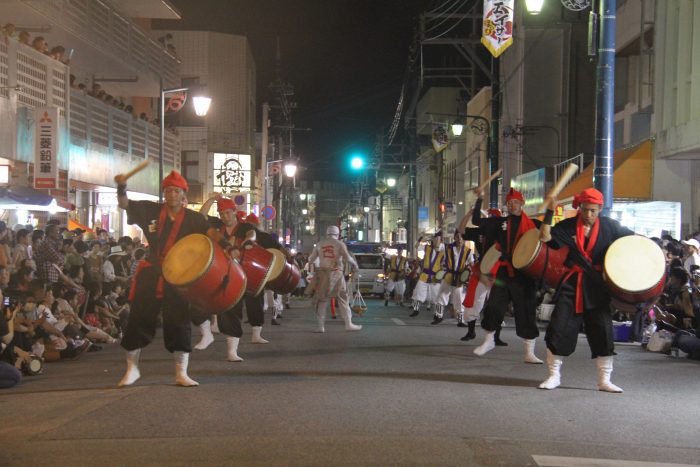 Eisa first took root in communities in the middle part of Okinawa, where newly organized youth groups took the Eisa into their programs in the Meiji-era.
A big boost for Eisa’s popularity was the introduction of the All Okinawa Eisa Festival and Contest that was first organized in 1956 in Okinawa City.
Another Eisa event that added to Eisa’s popularity is Youth Furusato Eisa Festival that has been organized in Naha since 1964. 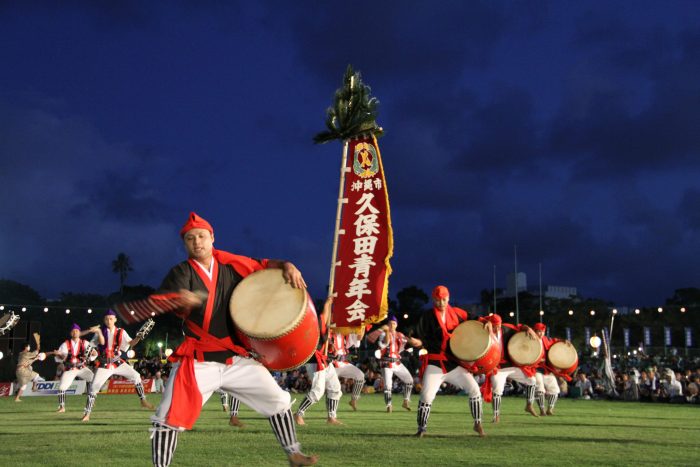 In the beginning both events were contests, although they eventually became just festival entertainment. Eisa changed to emphasize creativity and group dynamics to fascinate the audiences. As the performances’ popularity grew, the dancers’ costumes grew more colorful and fancy, number of drummers increased and the performance found its way into the resorts that were springing up on the island. 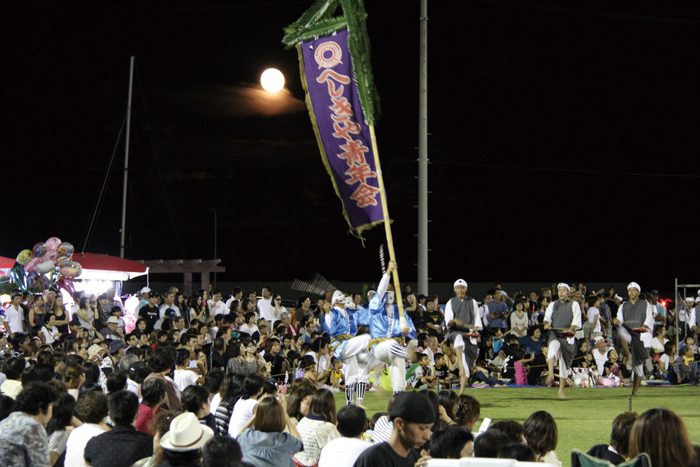 Heshikiya Eisa in Uruma City is one of the bet known Eisa groups on Okinawa, because their performance features slow tempo combined with very traditional and organized style.

Currently, youth club based Eisa groups emphasize the traditions, while the Eisa club teams perform often with adapted modern Okinawan pop songs, mixing male and female performers in the team, and adapting fancy and physically demanding moves into their performance.