Cafe & Restaurant Taro is link between historical and modern Okinawa

A very common restaurant lunch menu on Okinawa reads “A lunch”, “B lunch” and “C lunch”. The concept is uniquely Okinawan and not found in Japanese chain restaurants or upscale establishments. Instead, they serve the fare local common folks eat for their everyday lunch that are almost like home-made meals.

The origin of such menus goes back to the 1950’s, and it’s believed that the first such menu was created by the “New York Restaurant” in Okinawa City. 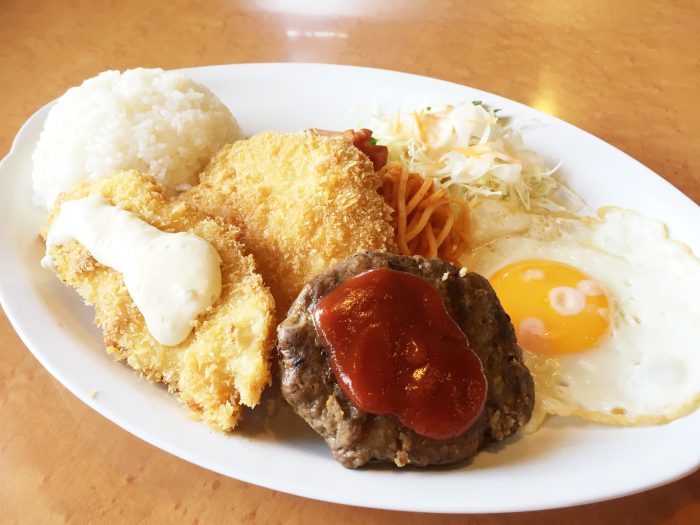 Letters A, B and C refer to the grade of the dish with A being the most sumptuous followed by B and C. The A-lunch often has volume that small eaters and women find difficult to finish. Most restaurants that serve the menu will have it available whenever they are open regardless whether it’s lunch-time or not.
Cafe and Restaurant Taro located in the Yafuso district of Urasoe is one of those eateries, and very famous and popular among locals. It’s located on Hwy 58 across from Camp Kinser, and it’s easy to spot for its bright green and orange signboard even though its name is written only in kanji characters. Cafe & Restaurant Taro opened in 1971, just a few years after the Okinawa reversion to Japan. 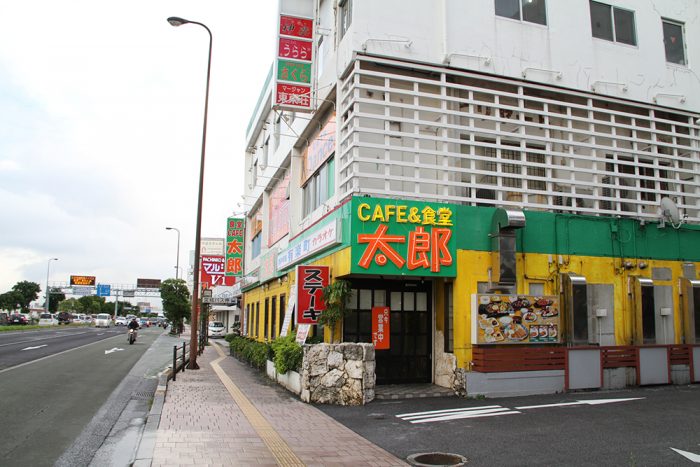 When the owner, Mr. Nakanishi, opened his coffee shop he named it Taro that is a very common name of a Japanese male. He located his business in Yafuso, as it was the busiest district in Urasoe City, and his 24-hour coffee shop proved to be a big success! He first served coffee only, but eventually started serving food, too, and it became even more popular. Finally, he built his own business building that houses many tenant shops in later 1980’s, in which the restaurant Taro currently resides on the first floor.

Because of its long history, its not uncommon to see families with three or even four generations to eat there. Its customers range from small kids to old persons. You can see families with infants, and groups of old people having a chat. Young single customers bring their computers and smartphones to take advantage of the free WiFi and power outlets near the tables. 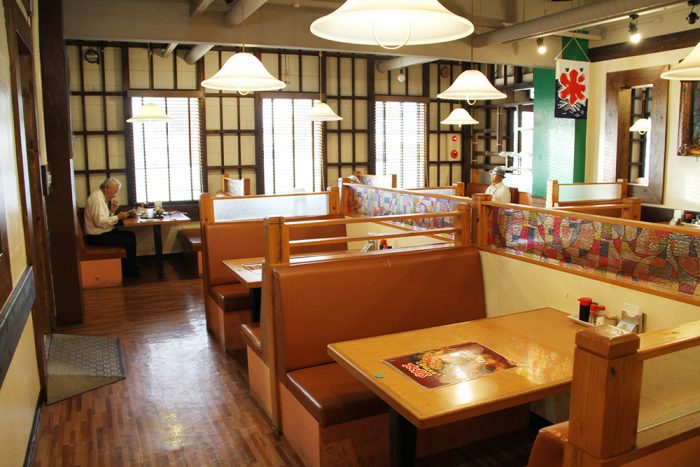 According to manager Taichi Nakanishi, the son of the owner, many people still opt for an A or B-lunch despite the menu having expanded over the years. In a matter of fact, the number of dishes on their menu is astonishing. It includes Japanese plates, sashimi, bowls, western style dishes, Chinese and, of course, Okinawan meals including Okinawa soba! Nakanishi says, “We have this many different dishes, but the most popular is still “A lunch” even after all these years.”

Perhaps the most unique feature in the restaurant is Karaoke. There are six separate karaoke rooms that cost just ¥500~¥1,000 per hour to use depending on the size. Customers can enjoy singing Karaoke and bring any food from other shops also, except alcohol drinks, in the rooms. Nakanishi says that customers use the rooms for group parties, meetings, and just for singing. 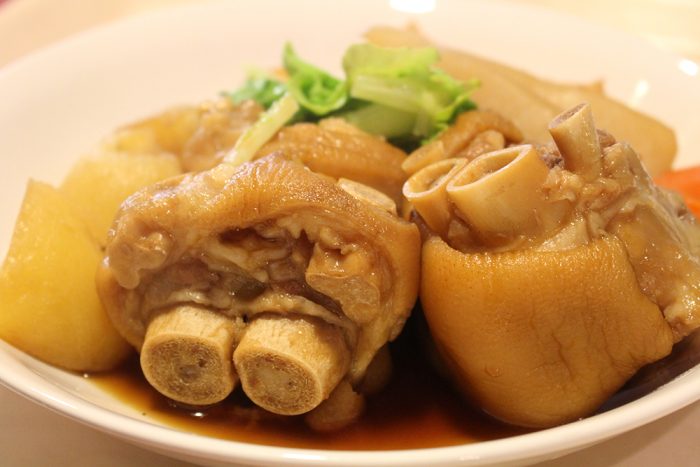 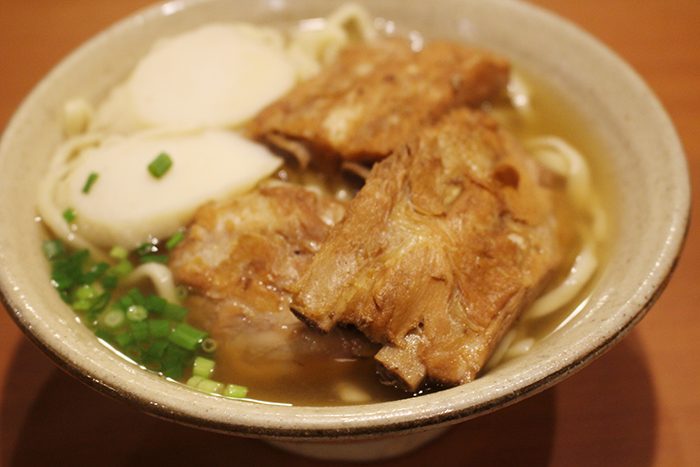 The second floor of the building is also fun. There is “Bar Wave” that offers billiards and darts. The cost is reasonable ¥600 per hour to play billiards and ¥300 for darts, and customers can buy drinks from a vending machine in the bar. Another tenant on the second floor is Karaoke and Dance Hall “Bus Stop” where customers sing Karaoke songs on stage, while others listen at the counter or tables. The space is also available for meetings and party with dishes brought in from restaurant Taro.
As the year-end party season approaches, Cafe & Restaurant Taro could be a unique place for your group’s year-end party. 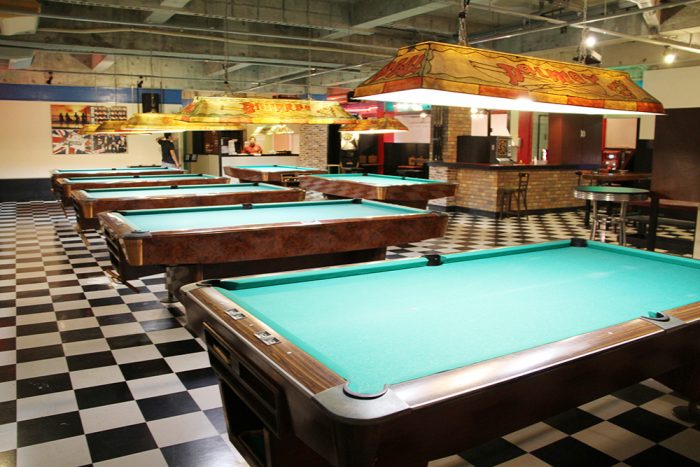 Cafe & Restaurant Taro is open every day except New Year and Obon Holidays from 10 a.m. to midnight. The last order is 11 p.m. Bar Wave is open 5 p.m. to 1 a.m. (until 2 a.m. on weekends) and Bus Stop is open 5 p.m. ~ 12 a.m. Chartered parties are available day time. Yen and dollars are accepted, but change is paid in Yen only. Parking for more than 50 cars is available at behind the building.
Cafe & Restaurant Taro Address is 3-34-2 Yafuso, Urasoe city.