Everybody in living on Okinawa should try Okinawa soba at least once. And once they try, almost everyone becomes addicted to the island’s noodles!

Okinawa soba is so special dish for locals that October 17th is named as the Day of Okinawa Soba. On that day, celebratory events take place around the island, with some shops actually giving away bowls of free soba.  Many soba restaurants also prepare original sets or offer discount services, and everyone encourages people to try to visit and eat Okinawa soba during the week. 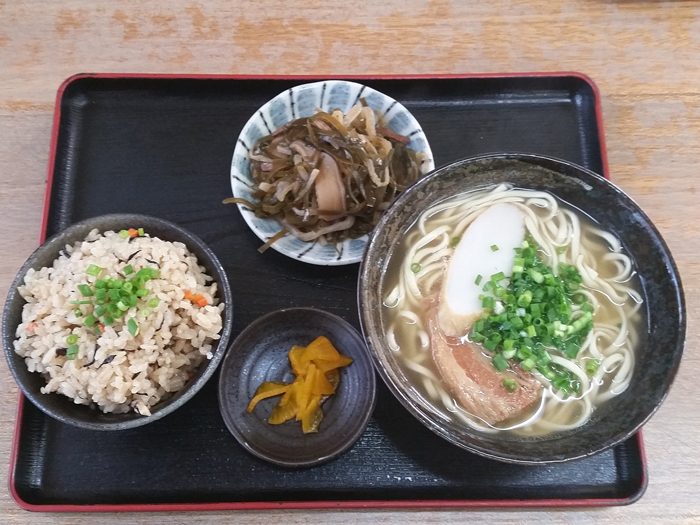 It seems that over 2,000 restaurants put Okinawa soba on their menu, and estimates are that 200,000 portions of soba are eaten each day on the island. Almost all tourists visiting here try Okinawa soba. It’s one of the most popular foods in Okinawa, and almost everyone who lives here has his or her favorite soba joint.

Following the reversion of Okinawa, the organization governing fair trade claims stirred things up. According to their rules, Okinawa soba could not be sold as soba, because it didn’t use soba buckwheat.  The trade people noted soba is defined to include at least 30% buckwheat. Nonetheless, Okinawa has been calling its noodles Okinawa soba, and there were many voices crying out to protect it as soba.

On the day of Oct. 17th, 1978, the Japanese Fair Trade Commission decided to admit that the noodles everyone in this prefecture eat on a practically daily basis can be called “Okinawa soba.” 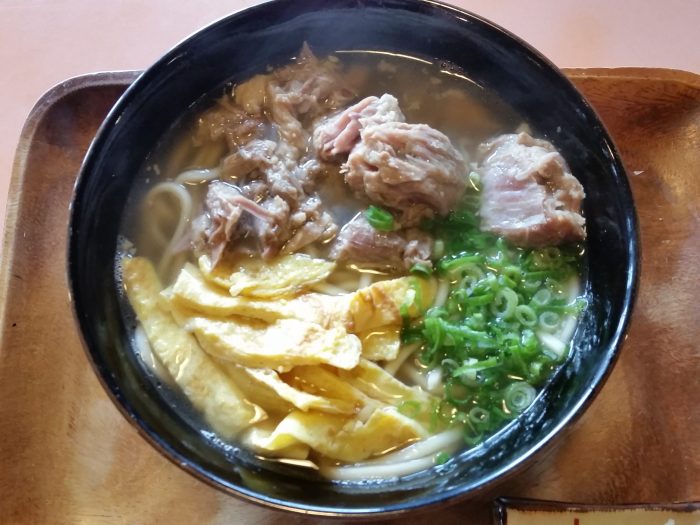 Okinawans call “Okinawa soba” as “soba” but in mainland Japan, “soba” is a different dish, as ingredients and materials are not the same. Okinawa soba has wheat noodles, stodgy soup and pork in the dish, but soba noodles in mainland are thin and gray, and made of soba buckwheat flour called “sobako”, and the broth is non-fatty made without pork. That’s why Okinawa soba technically is a not soba under the definition in the books and the Fair Trade Commission regarded it initially as a kind of fake that infringes on mainland soba makers “rights”. 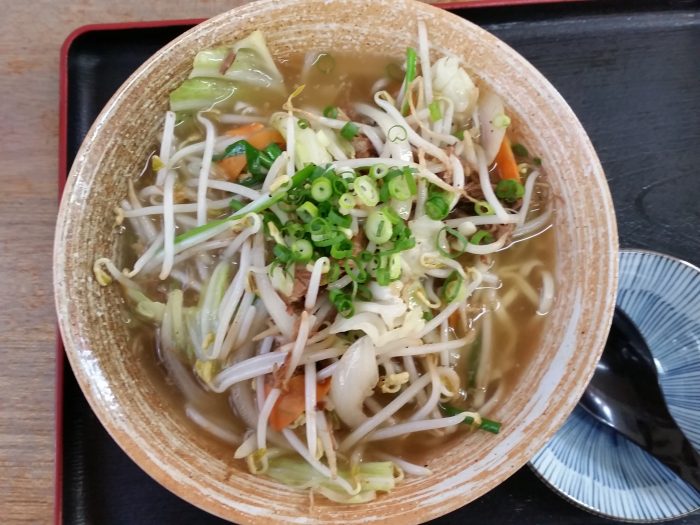 The thick wheat noodles of Okinawa soba resemble udon, while the soup is more similar to ramen broth, and its flavored with konbu, an edible seaweed, and katsuobushi flakes and pork.

The origin of Okinawa soba is like this; in the Meiji era of Japan, a Chinese cook was invited to Okinawa by a mainland Japanese man, and he opened “Shina soba” restaurant in Naha.  As time went on, his noodles developed into Okinawa soba.

Those who want to delve deeper into making Oknawan soba noodles can take advantage of Okinawa soba making hands-on experience. For example, Sun Foods Company in Itoman (http://sun-foods.net/english) and Taste of Okinawa in Naha (https://tasteof.okinawa/) offer such tours, and we at OkinaWanderer can make the arrangements. If interested, an email to info@ryukyupress.com or a message on facebook at “Okinawanderer”.