Kumiodori is a classical Ryukyu musical and theatrical performance with a story presented using lyrics, traditional sanshin music and dance.

Chokun Tamagusuku, who lived 1684-1734, is credited with creating Kumiodori. He was appointed Odoribugyo in 1718 during the time of the Ryukyu Kingdom. He created the new performing art using Okinawa’s indigenous performing arts and traditions as its basis, and adding influences from mainland Japan’s Noh and Kabuki, to entertain Chinese envoys, “sapposhi”, attending the coronation of a new king. 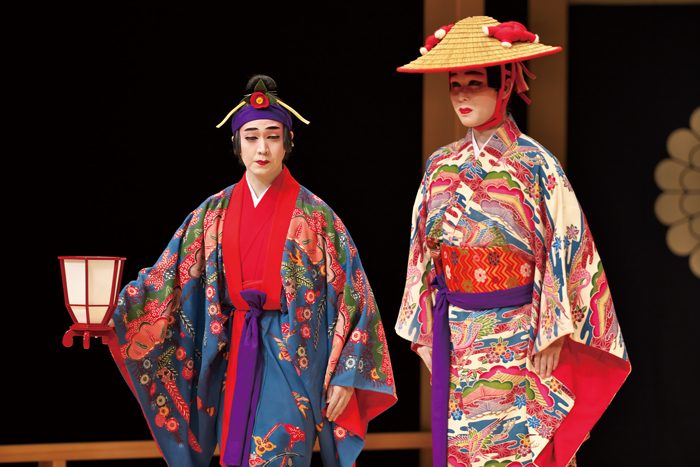 “Shushin Kaneiri” is one of the most famous Kumiodori plays. 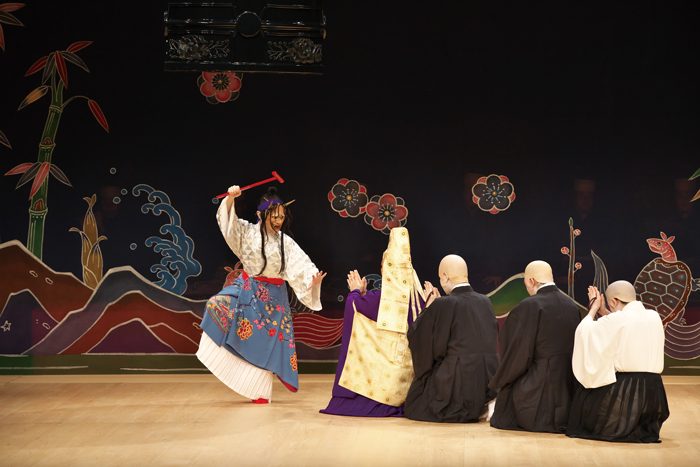 In the story, a young lady turned into a demon because she could not control her passion towards a handsome man named “Wakamatsu”.

Sappo was a tributary system, in which the enthronement of an Okinawan king would be granted by an imperial edict from China. Kumiodori was first performed in 1719 at a feast held after King Sho Kei’s enthronement ceremony.

Chokun created five masterpieces, and the Odoribugyo who was named for the job after him also created new plays. At present, approximately 70 kumiodori pieces have been identified. 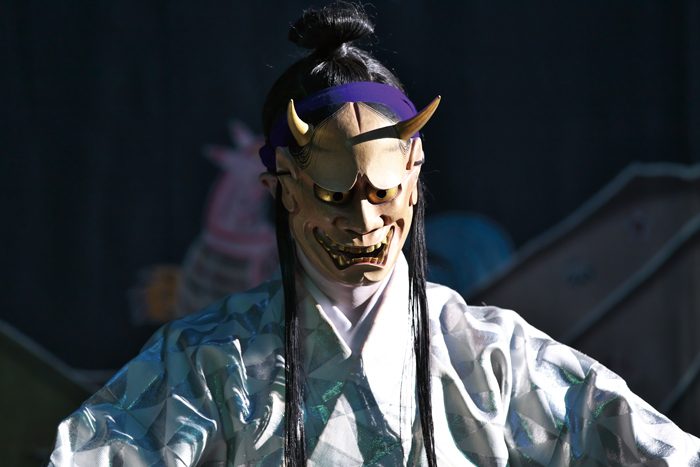 Kumiodori is an indigenous Okinawan performing art with influences of Japanese Noh and Kabuki.

The National Theatre Okinawa was opened in Urasoe City, Okinawa, in January 2004 with the purpose of serving as the point of exchange for promoting tradition and culture in the Asia-Pacific region by utilizing the topographical and historical features of Okinawa, while at the same time, striving for the preservation and promotion of Okinawa’s traditional performing arts, including the nationally important officially Designated Intangible Cultural Asset, “Kumiodori”. 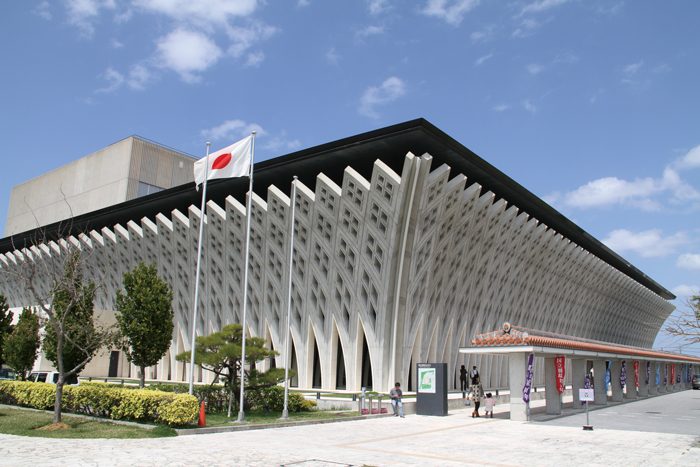 The National Theater Okinawa shows a lot of cultural program through a year.

The Japan Memorial Day Association has designated the Sep. 3 as the Day of Kumiodori, Sep. 3 was selected as number 9 (September) is “ku” and number 3 can be called “mi” in Japanese.