Okinawans love Orion Beer!!!  It’s been 61 years since the company was established in 1957, a homegrown Okinawa brewery. It’s absolutely three-star tasting and its refreshing clean taste very much suits this Okinawan sub-tropical island, whether it’s on a beach in the summer time or any winter season occasion, Orion is synonymous with a party.

Orion’s beers are brewed in a modern, computer-controlled brewery in the heart of Nago City, where employees diligently toil to create the fresh draft taste tens of thousands of beer lovers love.  More staff are involved in administration, sales and management, many at the company’s corporate headquarters in Urasoe City, but all are committed to the task of making the company’s Pilsner-type beers ‘For your Happy Time’ as the company’s current slogan states. 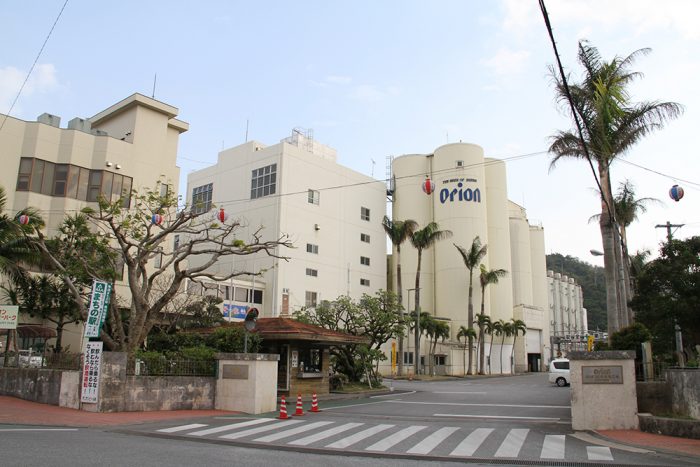 Orion Beer is much loved by local Okinawan people

Mountain spring water—Orion’s water comes from springs beneath the mountains of Yanbaru —is one of the vital elements in the Okinawan-produced beer’s arsenal of ingredients and techniques that make it special. Virtually all beers are made from beer malt, hops and water, with the brew masters applying their special expertise in varying those ingredients to produce each beer’s unique taste. Orion goes a step further, choosing only the highest quality beer malt grown primarily in Germany, and selecting hops grown in the Czech Republic’s Saaz and Germany’s Hallertau region. Those hops are nurtured a step further, as they’re fully ripened during the controlled production process to bring out their full flavor.

Orion beer goes in more than one million bottles each year, but that is just the tip of it! Orion officials say that for each bottle of beer, the company produces three kegs of draft beer or six cans of an Orion product. To accomplish that, Orion bottles 19,200 bottles each hour, along with 72,000 cans of Orion and 720 kegs per hour.

The Orion Happy Park opened in 2011 offers visitors a backyard tour of Orion Beer Company on its facilities in Nago. The tour takes about 60 minutes –40 minutes for the tour and 20 minutes for beer tasting—with explanations of how beer is processed. T­­­he tour lectures are basically in Japanese only, but some flip charts in English are ready for foreigners. Visitors who don’t speak Japanese say they understood the tours quite well thanks to the charts. 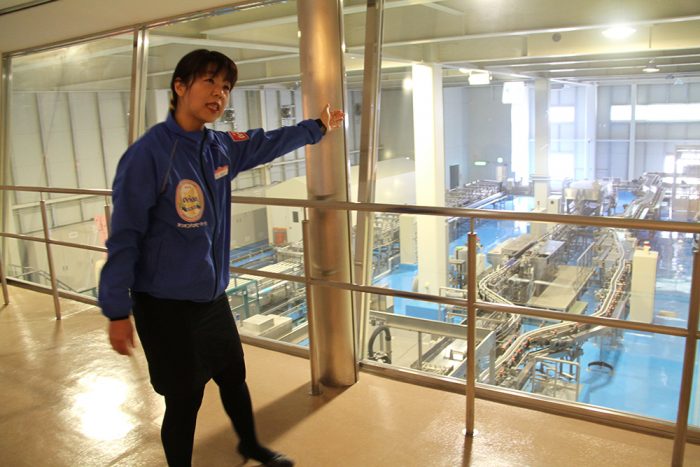 At the tasting time, visitors can try two glasses of beer with some snacks for free! During this season, visitors can try all malt 100% beer its called “Ichiban Zakura” which is sold in quantities every November through February. Orion Administration Division Manager says “Actually, you can get a canned Ichiban Zakura at any supermarket until the season ends, but there’s no Ichiban Zakura draft beer in any outside market. You can only taste it only in this facility, and only during the limited season. The volume we brew each year is limited, and we are sorry if it runs out o­f before you come. After we run out, of course you can taste two glasses of any other freshest Orion beer there is for free. At tasting, you can get a non-alcohol beer or soft drink, too, so drivers and kids can also enjoy our tasting event.” 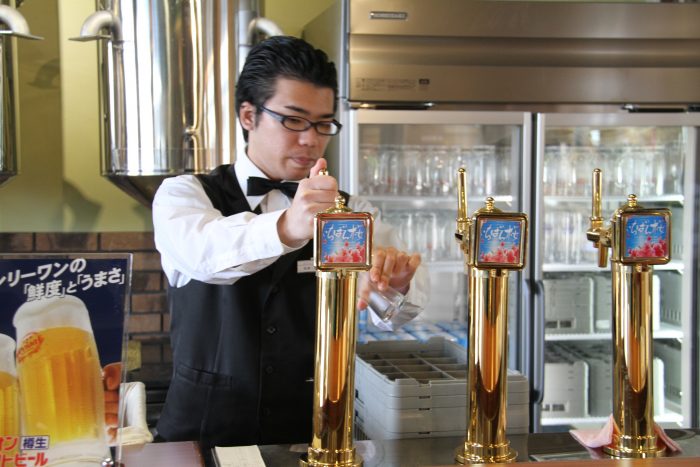 The tasting is always in the restaurant inside the facility, and tour participants can stay and order additional fresh beers, and also special dishes, which are made using ingredients from the Yanbaru area.

The Orion Beer backyard tour has been ranked 4th by Trip Adviser in Japan Backyard tour section in 2013, and many tourists, not only from mainland Japan but also foreign countries visit the brewery every year. The tours do not require advance booking but it’s recommended to make reservations in advance. Reservations are available three months in advance. Tel: 0980-54-4103  The Orion Happy Park is located at 2-2-1 Agarie, Nago City.  Map:https://goo.gl/maps/BIFaK