Within Shuri Castle lies a special room that at one time was used as a waiting room for special guest. This room was used by princes, various officials, and diplomats to hold informal discussions. This room was called the “Sasu-no-Ma”.

To make park visitors feel welcome and to enjoy the ‘royal experience’, Shuri Castle park officials allow guest to take along pastries and eat them inside the “Sasu-no-Ma” room, all while you are touring the area. These specially made sweets were made during the old Ryukyu Kingdom era. They come in different varieties. They are known in the traditional dialect as “Chinsuko”, “Hanaboru”, “Kunpen” and “Chiirunkou”. 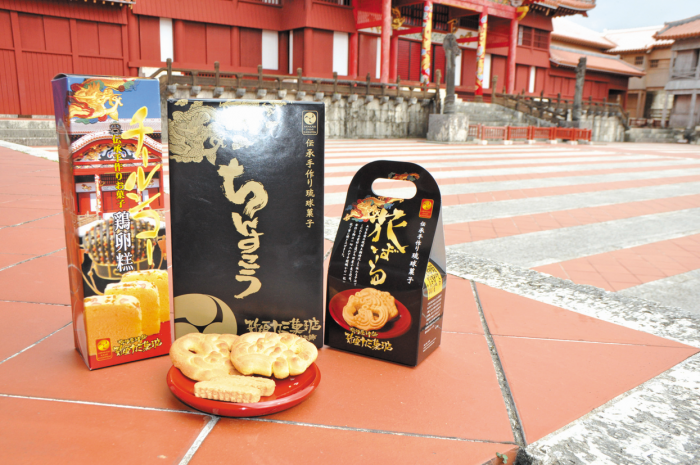 These sweets come in a set with an Okinawan version of jasmine tea called “Sanpin-cha”, which are made from tea leaves imported from Taiwan and China. The set cost ¥310. These pastries are made by Arakaki Kami Kashi-ten. They specialize in making traditional sweets and are based in Shuri of Naha City. Much of the know-how to make these sweets were handed down from generation to generation by descendants of these special confectionary gurus that served the royal families. 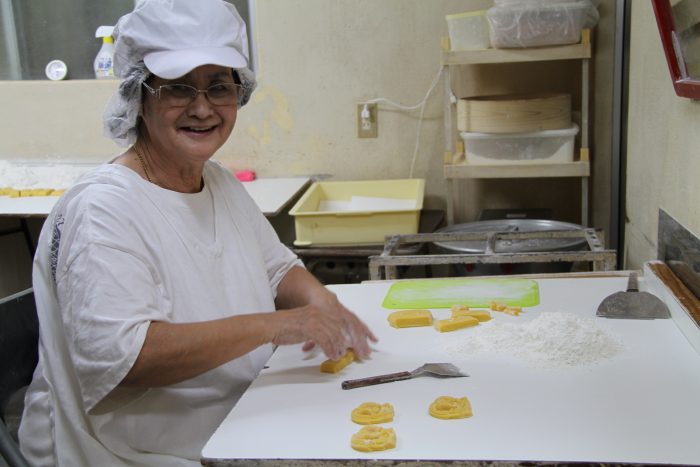 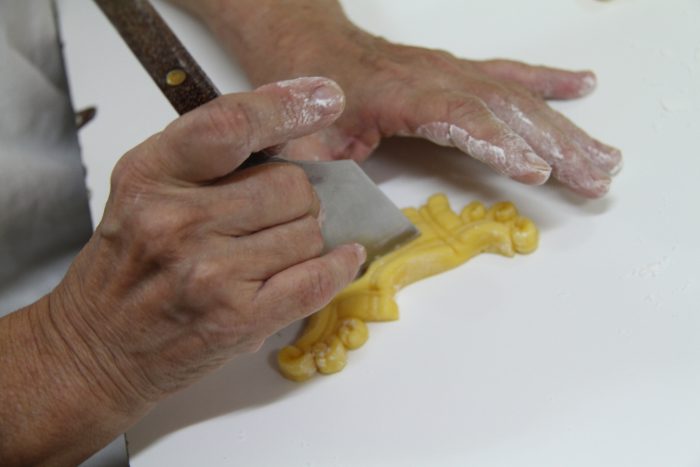 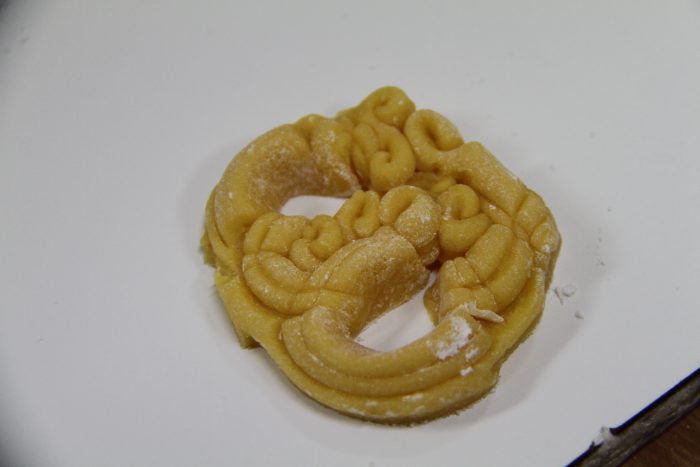 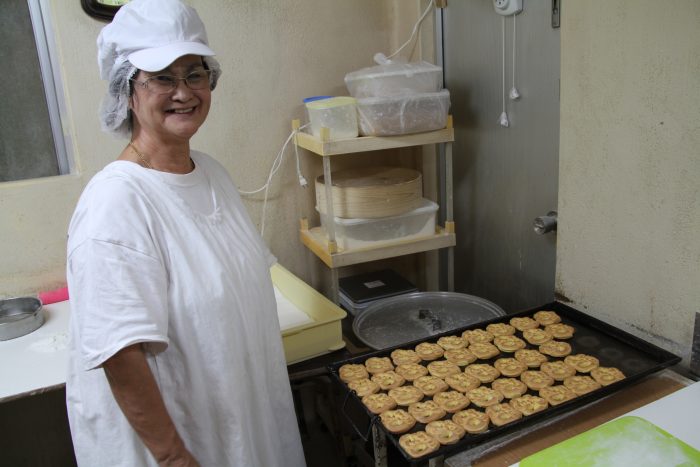 You can purchase these products at other locations besides Shuri Castle. Their main store is in Naha City, and they also have one inside the Naha Airport at the Okinawa Churajura souvenir shop. 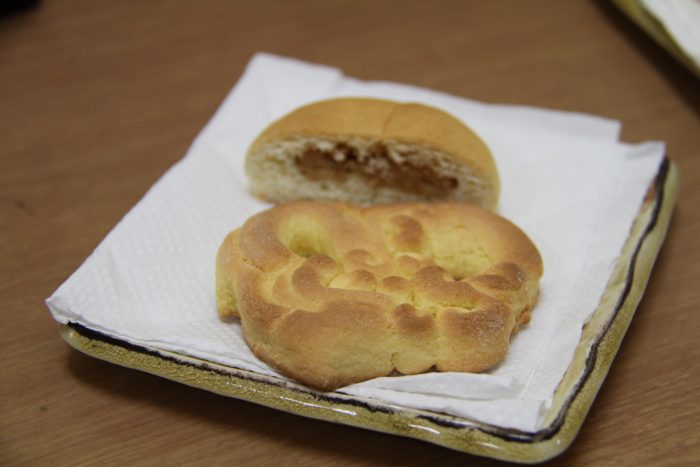 OkinaWanderer Magazine offers 10% discount coupon for Arakaki Kami Kashi-ten “Chinsuko” products and offer a 5% discount on their other products. The coupon is not applicable to the shop at Shuri Castle. It is also important to note that most of sweets will expire anywhere from a month to two months. However, they still make a great gift for your neighbors or family members in your hometown, added with a nice backstory of the Ryukyu Kingdom. 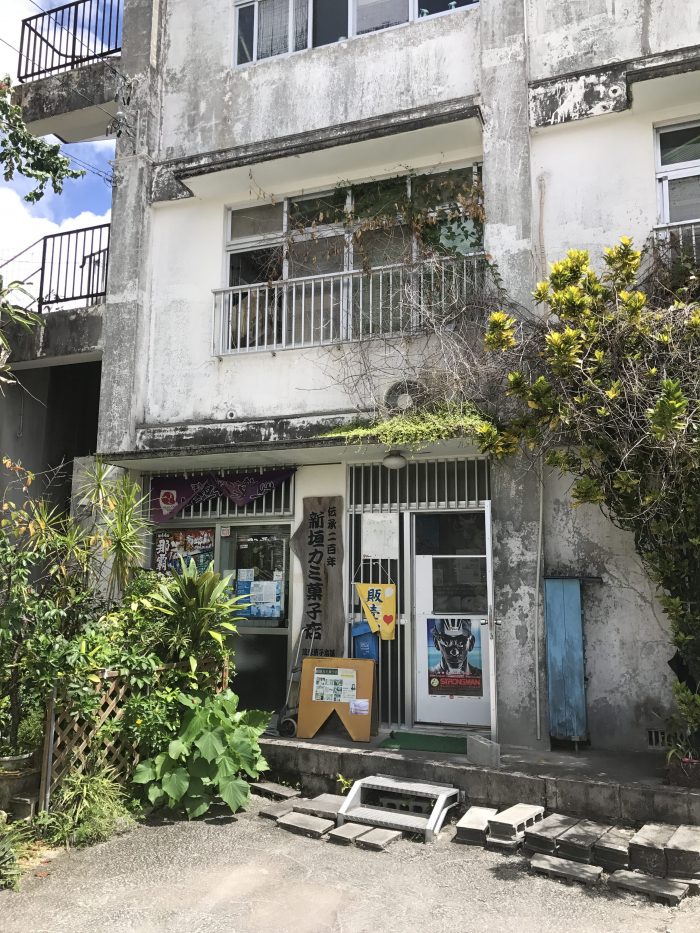 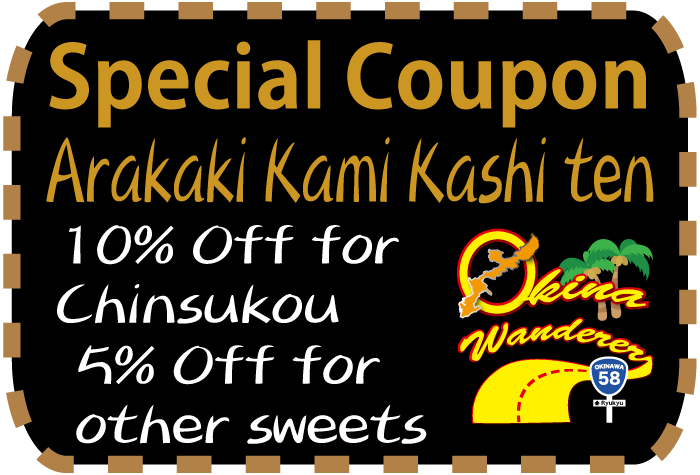