Introducing the more popular Kumiodori plays with audio guidance in English, Chinese, Korean, and Japanese languages, our visitors from abroad can readily enjoy and appreciate this performance art with an approximate 300-year history.

Kumiodori is a unique Okinawan theatrical art with traditional songs and dance where the storyline unfolds mainly through the lines spoken by the actors along with singing and dancing. In 2010, Kumiodori was added to the UNESCO list of Intangible Cultural Heritage of Humanity. We invite you to enjoy this traditional performance art, the pride of Okinawa and its people. 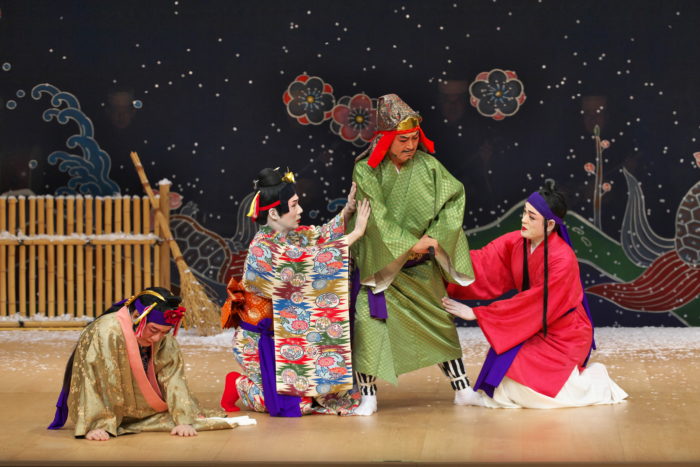 Part I: “How to Enjoy Kumiodori”

The Kumiodori actors will guide the audience through the history, characteristics and allure of Kumiodori. The audience can participate and take part in Kumiodori to experience the unique performing art.

In this Kumiodori play is a scene with snowfall, which is a very rare event in the subtropical climate of Okinawa. It is said the piece was influenced by the Japanese Noh play, “Takenoyuki”. The name of the playwright for this piece is unknown, but there are records that it was performed in 1866.
The play centers on the children and their filial piety despite being ill-treated by their stepmother, and the general theme of family happiness. 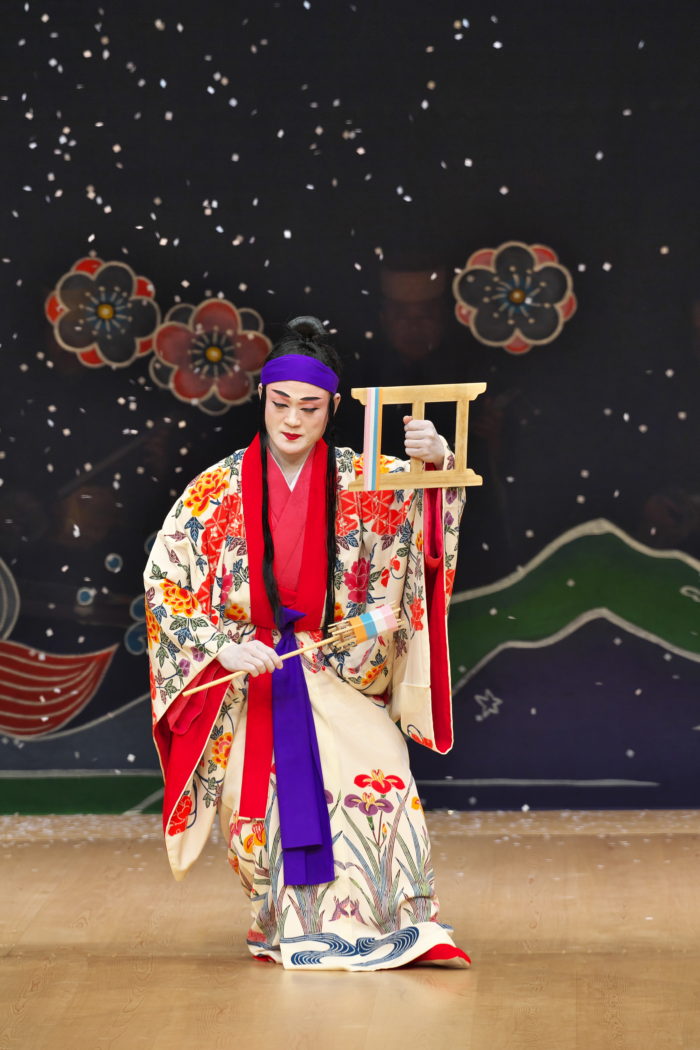 The daughter (Umichiru) is given an impossible task by her stepmother (Utudaru) on a snowy day when the father (Izunushi) is away from home. Umichiru is eventually sent away from her home after her kimono is torn away from her. Heart-broken, Umichiru’s younger brother (Kamiju) secretly goes out to give his sister a kimono to wear, when he is caught by Utudaru. The sister and brother are separated by force and in the snow, Umichiru prays to her deceased mother. A vision of her mother appears and fleetingly disappears, leaving Umichiru dissolved in tears.
On his way home, Izunushi spots Umichiru lying in the snow. Umichiru, trying to cover for Utudaru, tries to convince Izunushi that she was simply playing in the snow. Unconvinced, Izunushi questions Utudaru for the truth, but Utudaru blames Umichiru and her bad behavior. Seeing through her lies, Izunushi is so furious that he tries to kill Utudaru, when the young siblings step in to stop him and protect their stepmother.
Moved by his children’s devotion and care, Izunushi forgives Utudaru. To this, Utudaru turns over a new leaf, and the family reconciles. 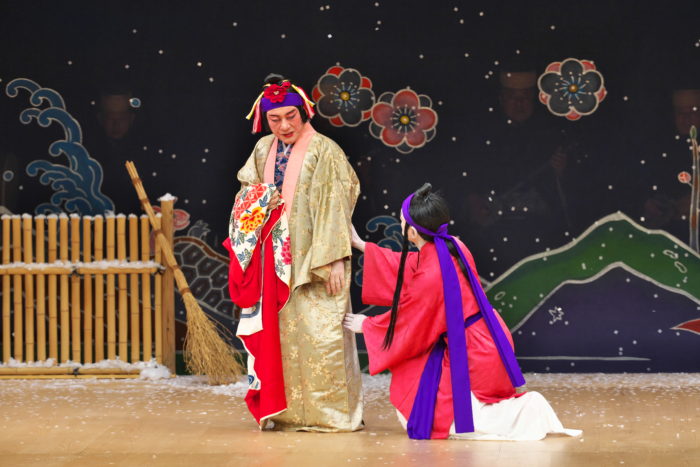