Remembering the past to help the future

In October 1944, 14 year old Yoshkio Gakiya (now aged 87) and a large group of elderly men, woman and children, fled from the firebombing of Naha and sought refuge in the village of Ahacha (located in present day Urasoe). However, after the US forces landed on the west coast beaches on April 1st 1945, the group made the decision to head north to Kunigami. The group had to avoid the dangerous coastal roads and was forced to machete their way through thick forest along the spine of Okinawa, avoiding both the U.S. and Japanese forces. After several exhausting weeks, the group finally reached Okuma in mid-June. In July, the group decided to cross over the mountains to the East coast where they remained until they were discovered by U.S forces in August. They were loaded onto trucks and sent back south and held in internment camps until they could finally return to what was left of their homes.

Keeping alive the memory of this arduous journey carried out at an atrocious and tragic time in Okinawan history is important for the current and future generations of not only Okinawan people, but people from all around the globe. Today, worldwide, there are 68.5 million people fleeing from warzones, crime, environmental destruction, famine, and drought, seeking their own place of safety. From Yemen to Honduras, Eritrea to Borneo, we see the plight of these people on the television, the Internet and in the newspapers.

On January 2nd, 2018, myself (Paul Vermehren), James Pankiewicz, and Becka Tedder will follow in the footsteps of the Naha citizens of 74 years ago. Setting off from outside the Dojo Bar in Asato, Naha, at 2am, our intention is to reach Aha the following day before sunset. On the first day, we aim to reach Nago Citizens beach (Via Araha beach, Yomitan Village Market, and Diamond Beach) around 5pm. The following day we will follow the coastline to Hentona and then cross the mountain to the east coast village of Aha. Total distance: 113km. 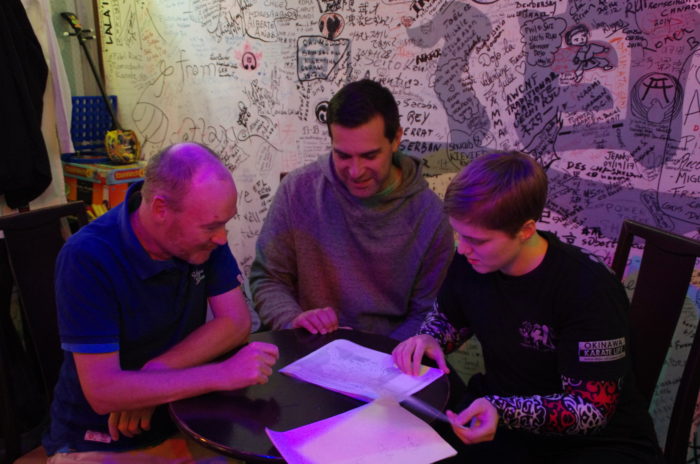 Prior to and during the race, we will be collecting donations for an Okinawan charity that supports children who have lost one or both parents in traffic accidents. The 113km walk will be our way of preserving the memory of the past to help the children of the future.

If you would like to take part in the entire walk, or a short section of this walk, please contact me on ssbmusic@hotmail.com. Further information can be found on the Facebook Event page “113km Charity Walk”. We are also setting up a blog page soon which will have more detailed information on our route, times, and how you can make a donation. Donations can be made via Paypal to dojobarnaha@gmail.com 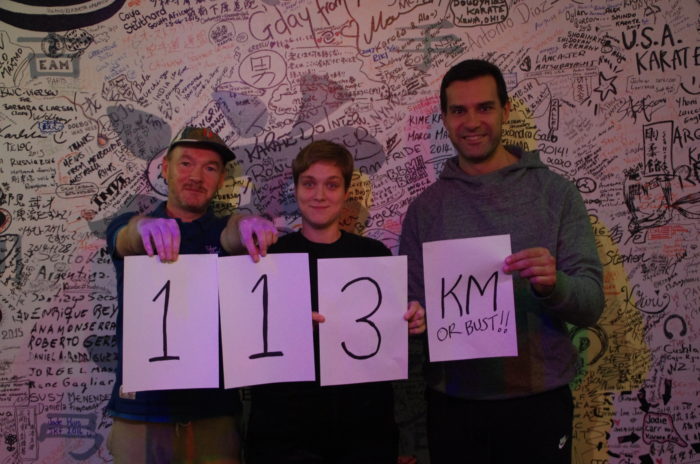