Kumiodori is a classical Ryukyu musical and theatrical performance that originated in the early 18th century. The Kumiodori is based on telling of story which is presented using song lyrics, acting, and Okinawan traditional dances. These plays are often accompanied by the sounds of traditional Okinawan musical instruments like the Sanshin.

The person responsible for creating the Kumiodori is a man by the name of Chokun Tamagusuku (1684-1734). In 1718 during the days of the Ryukyu Kingdom, he was appointed Odoribugyo (dance administrator) for the government. Using Okinawa’s indigenous performing arts and traditions and influences from mainland Japan’s Noh and Kabuki, he would go on to create this opera-like performing art. These performances would often be used to entertain Chinese envoys, “sapposhi”, who would attend the coronation of the new Ryukyu King.

Sappo was a tributary system, in which the enthronement of an Okinawan king would be officially recognized by an imperial decree from the Emperor of China. The first Kumiodori was performed in 1719 at the feast of King Sho Kei’s enthronement ceremony.

Chokun created five masterpieces during his tenure. His successor would also create and write new plays. After the Ryukyu Kingdom was disposed in 1789 by the Japanese government, Kumiodori would finally make its way to the local population, especially after some were published in newspapers. At present, approximately 60 Kumiodori pieces have been identified. 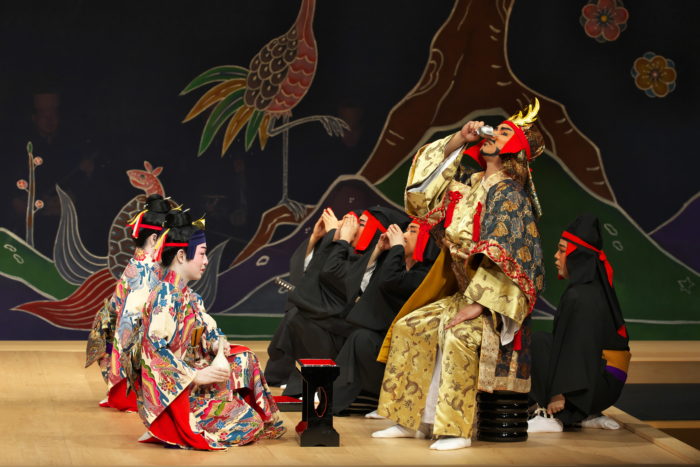 Shushin Kaneiri: A woman’s immense passion for a handsome man would drive her into madness as she would eventually transform into demon. 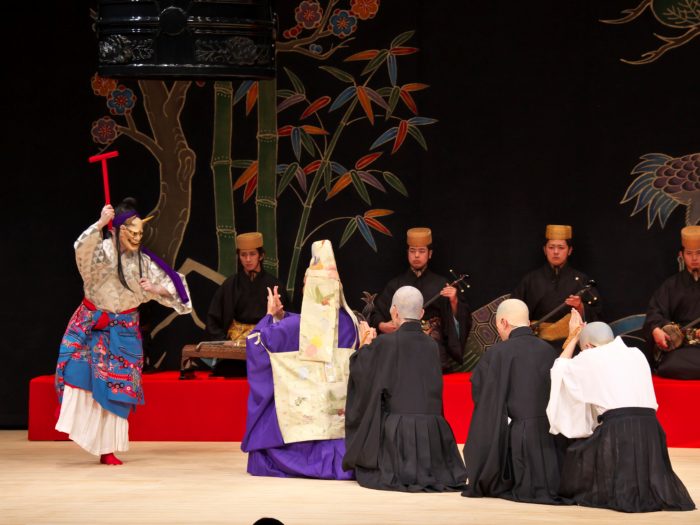 Mekarushii: The story of a maiden’s robe. A man once saw a beautiful angel-like woman taking a bath as her heavenly robe laid nearby. The man stole the robe preventing the maiden from returning back to heaven. Eventually the two would wed. But one day, she found the robe and fled back to heaven as she left the care of her son and daughter to her husband. 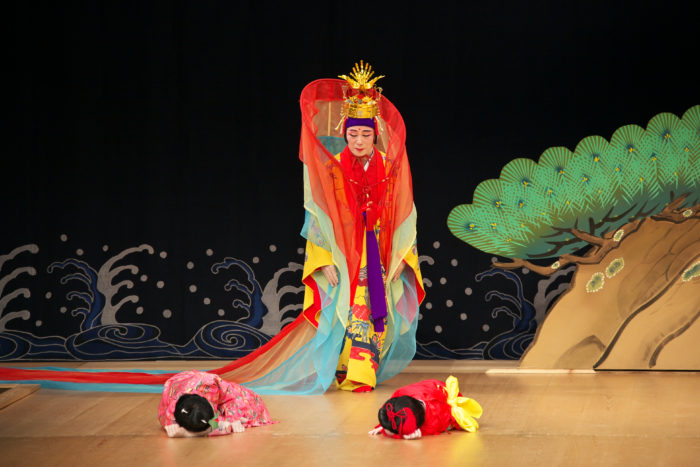 Onna Monogurui: A story of kidnapped child. A man had kidnapped a boy driving the mother insane as should would hunt tirelessly in search for him. 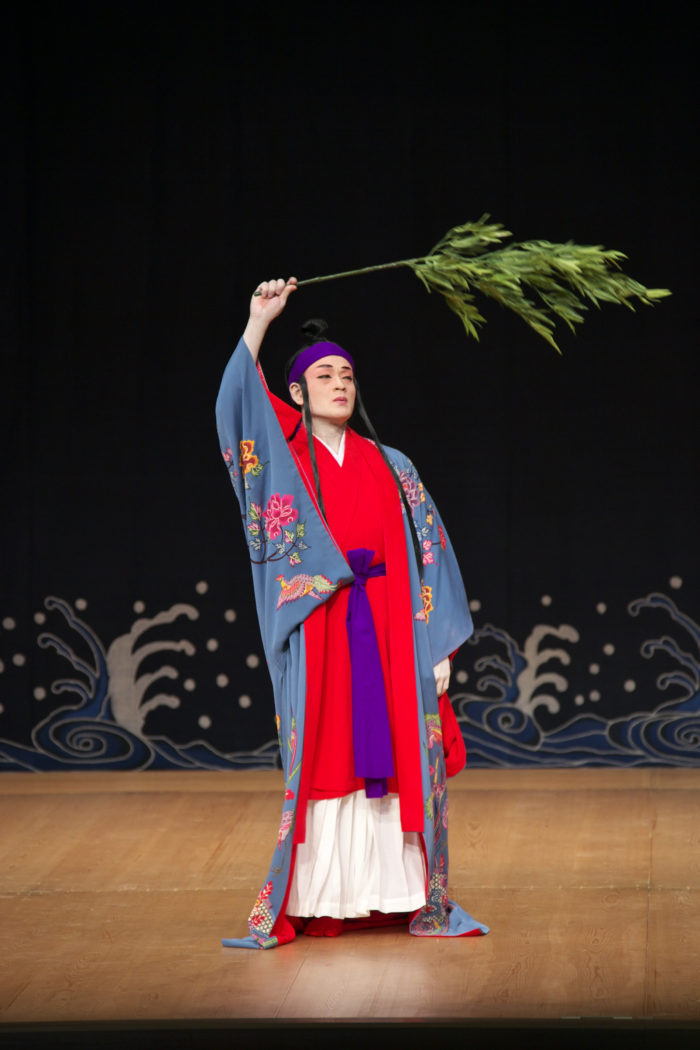 Koukou no Maki: A serpent’s storm. A vile serpent would often cause storms wreaking havoc on a nearby village. A fortune-teller had instructed the village that a child must be sacrificed to the appease the serpent and to stop the violent wind storm. However, a girl volunteered to become the sacrifice sparing the child’s life and leaped into the pond where the serpent had lived. What had become of her fate? 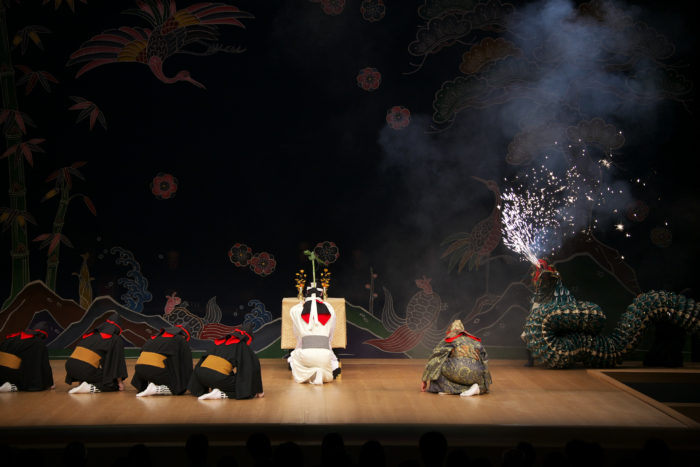 So, where can you see these special Kumiodori programs? You can watch them at the National Theatre Okinawa in Urasoe City. The theatre was opened in January 2004 with the purpose of serving as the point of exchange for promoting tradition and culture to the Asia-Pacific region while at the same time, striving for the preservation and promotion of Okinawa’s traditional performing arts, which included the Kumiodori. Today, the Kumiodori is a National Designated Intangible Cultural Asset and is also registered as a UNESCO Intangible Cultural Heritage art form.

The Japan Memorial Day Association has designated the Sep. 3 as the Day of Kumiodori, Sep. 3 was selected as number 9 (September) is “ku” and number 3 can be called “mi” in Japanese.

Kumiodori’s are not the only performances played at the National Theatre Okinawa. Many other kinds of local and traditional dances and performances are showcased as well. If you wish to catch a Kumiodori performance you are in luck because from October 16th to the 19th, a special Kumiodori performance titled “Shushin Kaneiri” will take to the stage. Also, on October 19th, a Kumiodori class for foreign visitors will be available; this will be accompanied by an audio guide to help visitors understand the program. If you are interested please check out more information at this website http://www.nt-okinawa.or.jp/