Chushu-no-Utage, the Mid-Autumn Harvest Celebration, was one of seven banquets put forth by the Shuri royalty during the Ryukyu Kingdom Era in order to entertain guest envoys, the ‘sapposhi’, that belonged to the Emperor of China.

During that period, the Chushu-no-Utage took place on August 15th of the Lunar Calendar under the full moon. This year the lunar calendar date of August 15th falls on September 13th of the Gregorian Calendar. Today, Shurijo Castle holds the Chushu-no Utage celebration on the weekend that is closest to the date of the full moon, which this year will be the 14th and 15th of September. Official Information 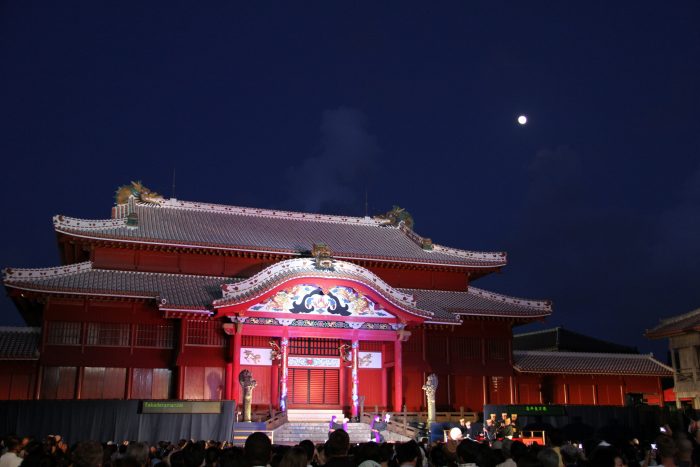 To honor this long tradition, Shuri Castle Park organizes a public performance to showcase some of the traditional dances used to entertain the Ryukyu nobility. These classical dances, as well as a form of narrative traditional Ryukyuan opera, called ‘Kumiodori’, are considered official Living National Treasures. 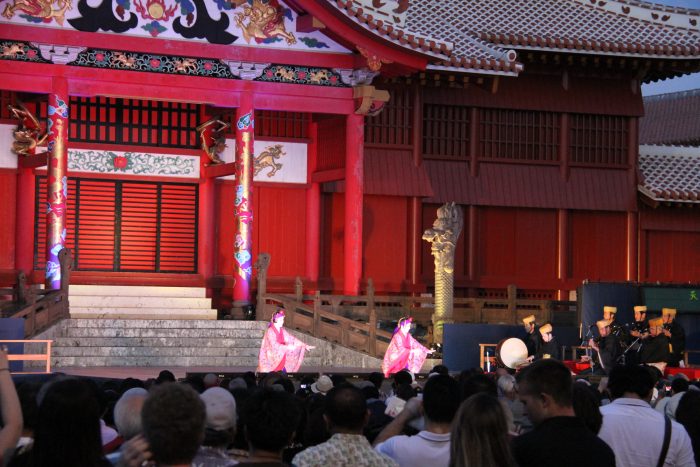 Kumiodori, a national treasure, will be performed at the Shuri-jo Harvest Celebration.

Today, these national treasures are open to the public and can be seen throughout the year at different venues. In addition to the performances, a new Ryukyu King and Queen will be selected during the Harvest Celebration. The King and Queen are used as figurehead representatives, often attending various ceremonial venues to honor Ryukyu culture and tradition. A new couple is chosen every year to fulfill this role. 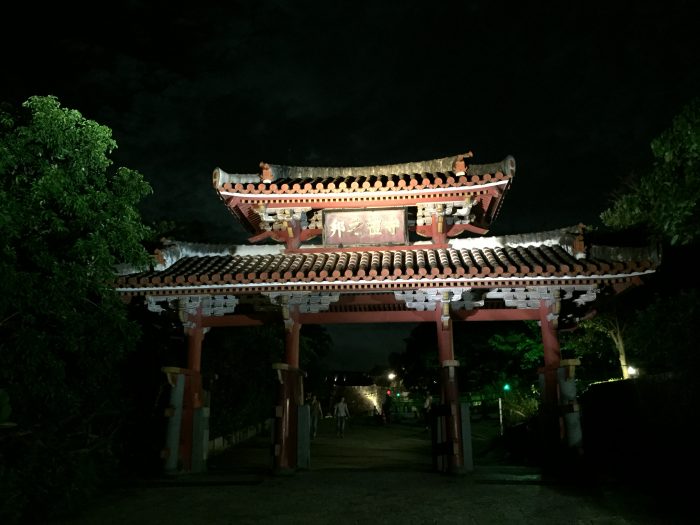 Shuri Castle at night is just as beautiful during the day. Something you have to see to believe.

This year, the ceremony will be held on Sep. 14th and 15th from 18:30 to 21:00 on the ‘Unaa’ Courtyard in front of the main castle. Admission to the ceremony is ¥500 and ¥1000 with seat. Please note that the regular closing hours will be at 17:00 for both days for the regular visiting hours at Shuri Castle Park. After that, the celebration event will be open to the public.