As fun as the holidays can be, it’s likely that people everywhere will breathe a collective sigh of relief come January 1. After the marathon race of parties, shopping sprees, potlucks and gift exchanges, everyone is craving a period of calm.

New Year’s Day offers just that—a time to pause, reflect and set goals for a new year that’s untouched and brimming with promise. On January 1, while celebrating last year’s accomplishments and planning out the coming months, American Reggae band Common Kings will provide the perfect soundtrack to ease into the new year. With a firm reggae foundation, rock and pop accents for flavor and upbeat, playful lyrics, their music evokes the feel-good vibes the genre is known for while appealing to a broad fan base. 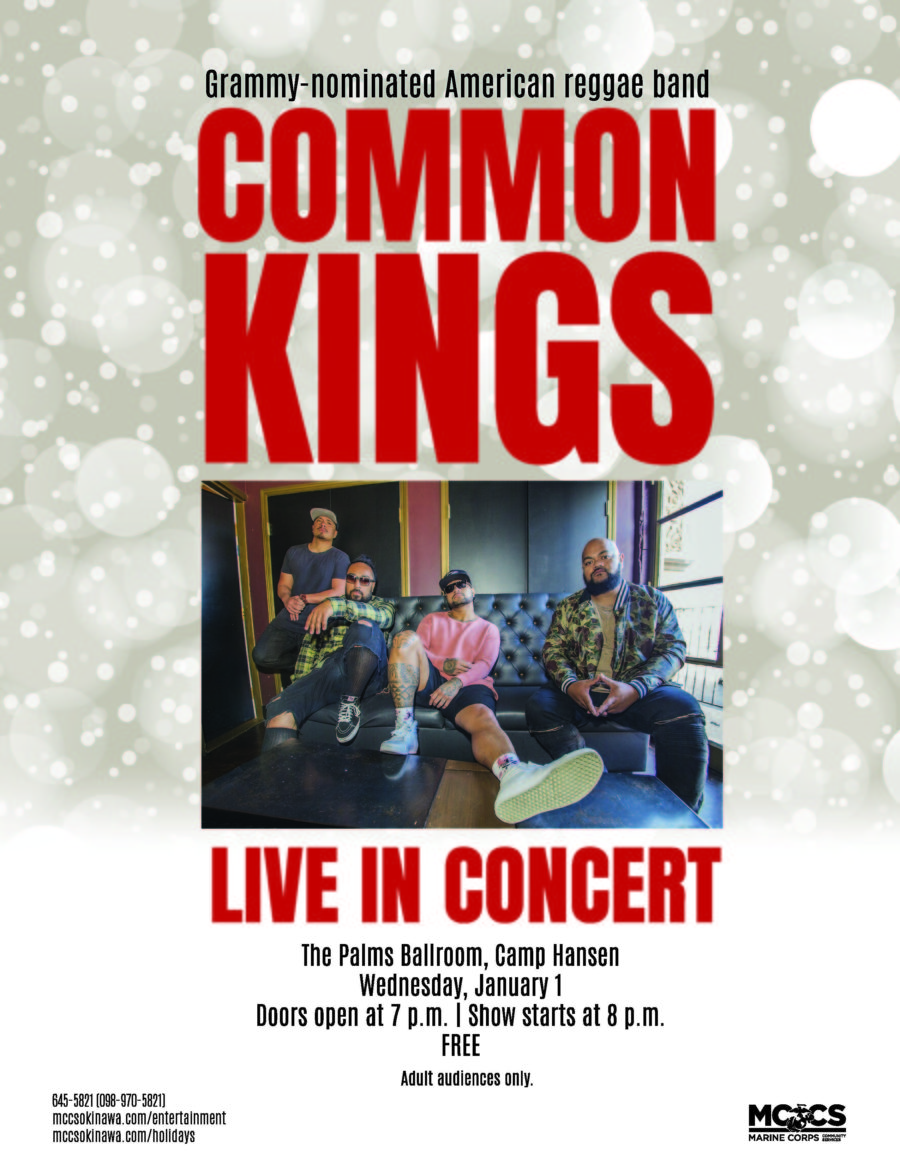 Hailing from Orange County, California, the band has already enjoyed much success since its formation in 2011. Their first two EPs, released in 2013, became top 10 hits on the Billboard Reggae Albums chart. Continued success followed later that year when they performed as a supporting act for Justin Timberlake’s 20/20 Experience World Tour. After signing with Empire Records in 2015 and producing the EP Hits & Mrs. (which peaked at number two on the chart), Common Kings received a Grammy Award nomination in the Best Reggae Album category for their 2017 album Lost in Paradise. In November of 2017, they opened for Bruno Mars at Aloha Stadium, produced an EP in 2018 which reached number two on the chart and performed alongside Sublime with Rome this past summer.

Get to know the down-to-earth, fun-loving members of Common Kings during their FREE live performance at The Palms on Camp Hansen. They’re committed to giving their audiences the best possible experience, so anyone who is not already a fan soon will be.

The doors open at 7 p.m., and the show starts at 8 p.m. This show is open to all SOFA ID card holders and their sponsored guest 18 years and older. For more information, visit mccsokinawa.com/entertainment or call MCCS Entertainment at 098-970-5821.