This year’s Hansen Festival will feature fun for both service members and families alike with FREE live entertainment, game booths, Fun Land rides and delicious food such as high-quality burgers from Bulldogs, mouth-watering BBQ beef brisket from Hickory House All-American BBQ, sizzling-hot pizza and Miami-inspired selections from 305 Latin Bistro. Patrons 20 years of age and older can enjoy refreshing adult beverages from Kanpai Lounge. The Hansen Festival will take place on Saturday, February 8 from 2 to 10 p.m. and Sunday, February 9 from 1 to 9 p.m. at the Camp Hansen Parade Deck. 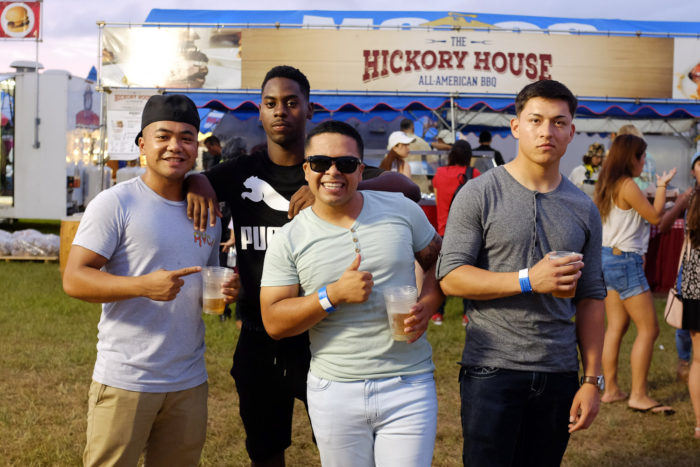 This year’s festivities will be headlined by one of Country music’s best upcoming bands—Parmalee! The group will be taking the stage on Saturday, February 8 at 8 p.m. 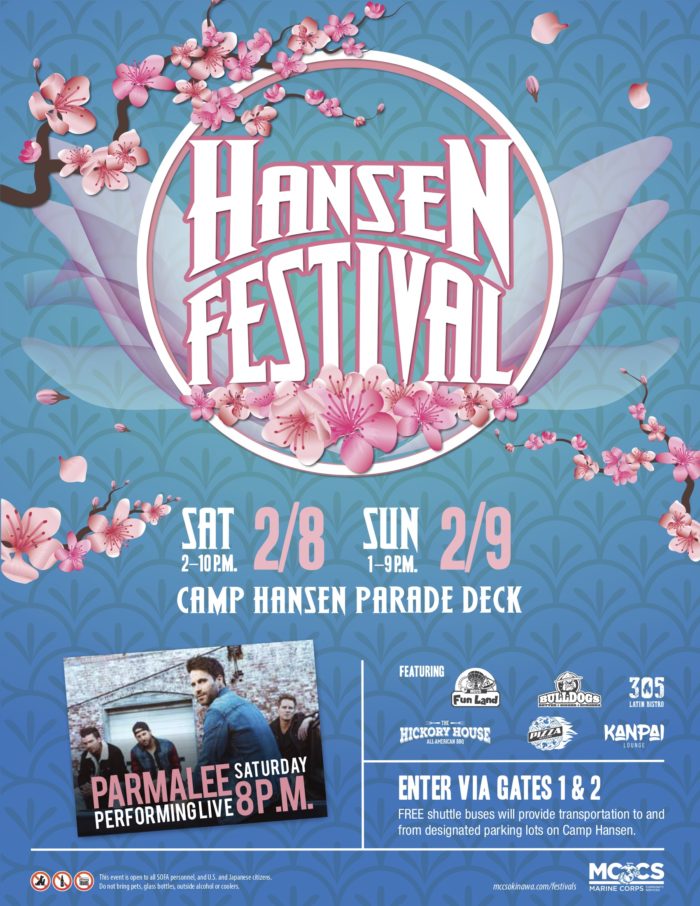 Hailing from Parmale, a small town in North Carolina with a population of just 278 (their band name is a nod to their humble beginnings), Parmalee consists of brothers Matt Thomas (lead vocals, guitar) and Scott Thomas (drums), their cousin Barry Knox (bass) and childhood friend Josh McSwain (guitar, keyboards). 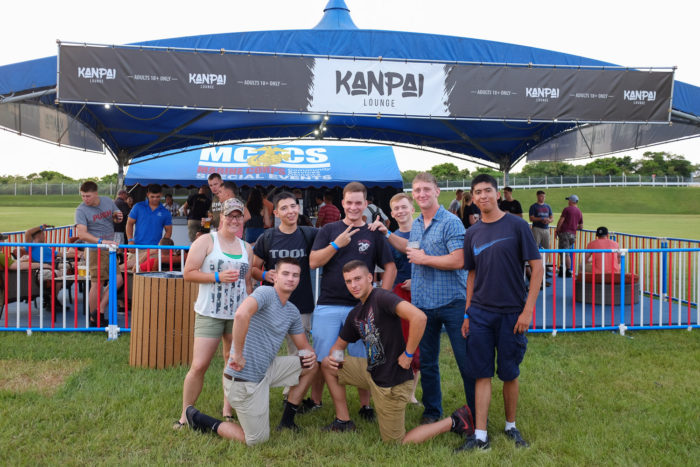 Parmalee debuted in 2004 with their album Inside. Their EP, Complicated (of which they collaborated with Nikki Sixx—bassist of Mötley Crüe—on several tracks), followed in 2008. Their rise to fame, however, didn’t start until their song “Musta Had a Good Time,” which was originally recorded in the back of their RV, led to both a production and record deal with Stoney Creek Records. This song later appeared on Feels Like Carolina (2013), the album that also featured their breakout single “Carolina,” which became a platinum-certified #1 hit. Two other songs on the album, “Close Your Eyes” (#3) and “Already Callin’ You Mine” (#10), appeared on Billboard’s Country Airplay chart. The album landed on the Top 10.
Feels Like Carolina also led to several nominations for awards from the Academy of Country Music (they were a semi-finalist for New Artist of the Year in 2014 and were also nominated for New Vocal Duo/Group of the Year in 2016), Teen Choice Awards and more. 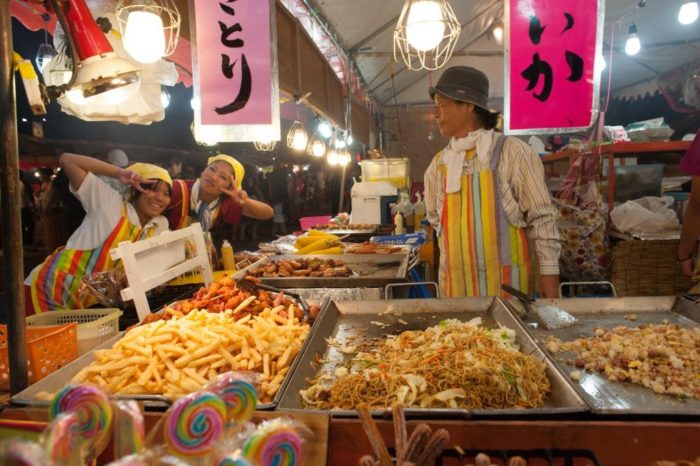 Their most recent album, 27861 (2017), features singles “Roots” and “Sunday Morning,” which not only appeared on Billboard’s Top 40 Country Airplay chart, but had more than 30 million combined streams on Spotify. The band has also supported country superstars like Brad Paisley and Jake Owen, and have appeared on shows like NBC’s TODAY show, The Late Late Show, FOX & Friends All American Summer Concert Series, MLD Central’s Studio 21, The Queen Latifah Show and more.

Admission to Hansen Festival is FREE, and attendees should be prepared to show a photo ID at the gate (gate 1 is open for pedestrian and vehicle traffic, gate 2 is open for vehicle traffic only). Also, no one will be admitted with pets, bottles, outside alcohol or coolers. And, of course, we encourage everyone to drink responsibly; don’t drink and drive. Both taxi and daiko services will be available. This event is open to all SOFA personnel, and U.S. and Japanese citizens. For more information, call 098-970-5828 or visitmccsokinawa.com/festivals.